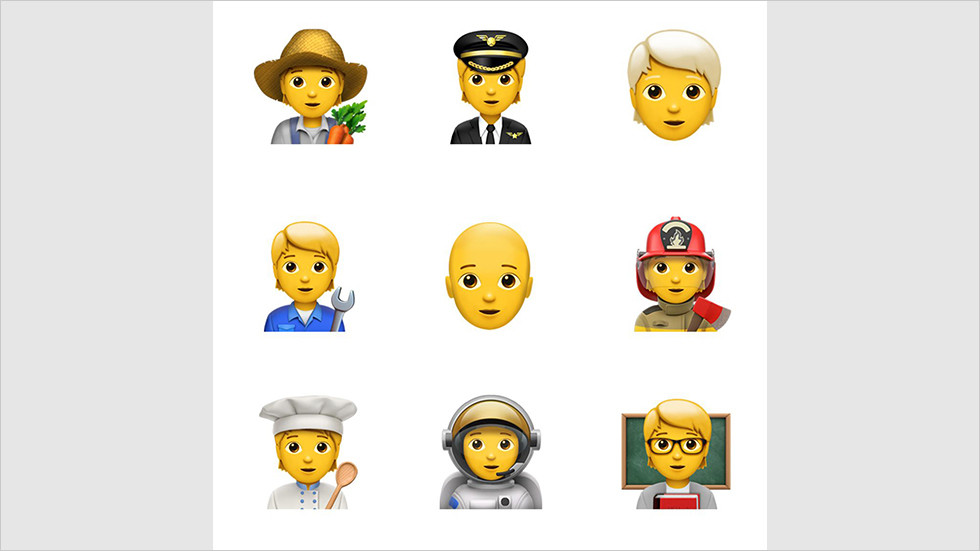 The latest iOS 13.2 update is dividing digital fans with dozens of new genderless emoji characters. More choice or a step too far?

iOS updates – they drain your battery and cause social anxiety – but the world can relax as the flamingo and otter emojis have finally been released. The update has delivered almost 400 images in total…. and it even includes a gender free vampire. But it seems the new mix of identity politics can stimulate confusion and division.

Many online supporters have given a thumbs up to the Unicode Consortium team (that approves new emojis) as gender neutral choices and people with disabilities are now listed.  But some fear too many choices are dividing society. Do we really need to be placed into so many boxes and categories?

Emoji characters now have a genderless character as well as male and female. Whoever thought a non-binary vampire even existed? Perhaps the emoji mafia are trying too hard. We have come such a long way since the original emoticon. What started off as a smiley face text two decades ago now equates to hundreds of people that can be represented. But this wasn’t enough, so Emojipedia declared the year 2015 as “the year of Emoji diversity” adding different skin colours, more female characters, gender inclusive people and more hair colours. Suddenly we were all seduced by this new digital politically correct language and its expressive desire to use innocuous emojis.

But not everyone is happy with the latest update; the Trans Pride flag failed to make the cut. The community has been campaigning for its own emoji for a number of years but it wasn’t enough to impress the Unicode Consortium so the fight for mainstream digital acceptance of the Trans flag continues.

It’s not just the Trans community that are left out in the name of emoji politics. When it comes to flags of the world these little harmless symbols are also embroiled in geopolitics too. As a strong symbol of Tibetan independence, activists are also determined to get the Tibetan flag added to the IOS emoji list.

The Unicode Consortium have so far refused. Emojis are always evolving; even in the latest update – the new icon of a single blood drop emoji is already being promoted to break the taboo over menstruation. Too much? Or can it all make a difference? Maybe it’s time to pick up the phone again and make a phone call? What was fun, could be in danger of becoming divisive and tedious.

When the emoji first began, characters all had one skin tone and were a fun addition to the end of a text. It now seems as another batch of iOS emojis are released that the world of digital symbols have joined the ranks of the box ticking politically correct – and more, pushing into the world of confusing characters that don’t exist. Perhaps we were all equal and less divided when we had far less choice.

And as I sign off, another WhatsApp message comes through looking like a confusing mix of modern hieroglyphics.