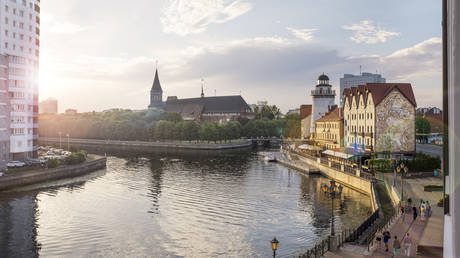 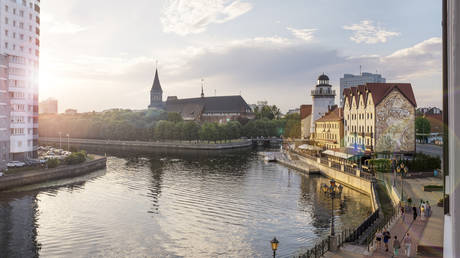 The move was made in agreement with the European Commission, according to Lithuanian FM

Lithuania’s decision to block the transit of goods by rail from Russia to Kaliningrad – the country’s western-most exclave that sits between Poland and Lithuania – was made after consulting and getting the approval of the European Commission, Foreign Minister Gabrielius Landsberg said on Monday.

Landsberg made the statement during an EU foreign ministers meeting, where he explained that starting from June 17, Lithuania would no longer allow the transit of sanctioned goods through its territory. “This decision was made after consultations with the European commission and implemented under its guidance,” the minister said.

Last week, Kaliningrad governor Anton Alikhanov warned that authorities in Vilnius were planning to cut the rail transit of goods from other parts of Russia to the region.

On Saturday, Lithuania’s state owned rail operator confirmed it would partially halt the transportation of goods to Kaliningrad, which Alikhanov claims will affect up to 50% of all cargo flow to the region.

Russian officials have stated that Lithuanian’s move is an egregious breach of international law and akin to a full blown economic blockade and an attempt to “place the region in an economic chokehold.”

Russia has warned that unless the ‘blockade’ of Kaliningrad is lifted immediately, Moscow may have no choice but to “untie its hands” and rectify the situation by any means necessary.

Many countries, including EU member states, imposed sweeping sanctions on Russia in response to the military campaign in Ukraine launched by Moscow in late February. The European bloc closed its airspace to Russian aircraft on February 27, and Moscow responded in kind, banning many European airlines.