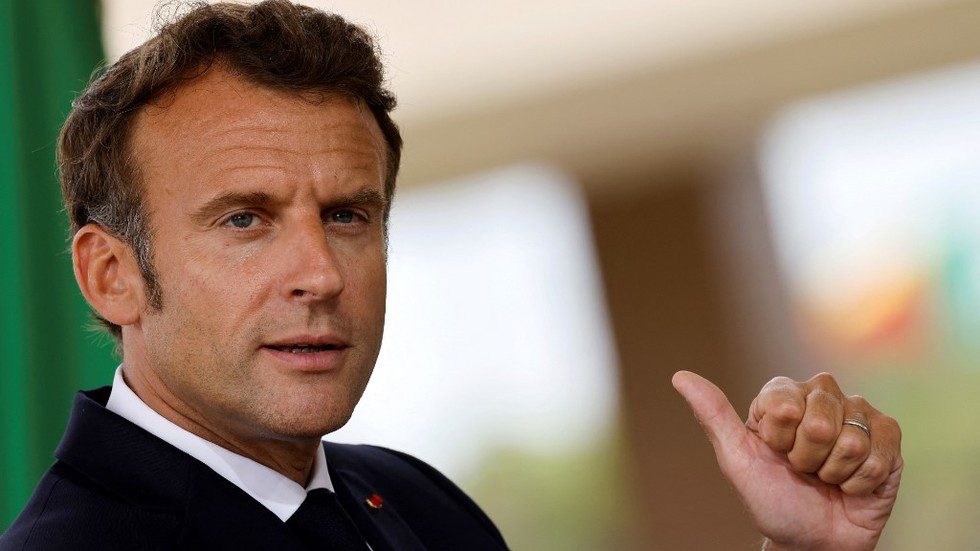 French President Emmanuel Macron on Saturday signed the official documents approving the applications of Finland and Sweden to become NATO members. While Macron once called the US-led military bloc “brain dead,” he has switched tack since Russia launched its military operation in Ukraine.

France’s parliament approved the enlargement proposal earlier this month, after the two Nordic nations applied to join the alliance in May. By petitioning the Western bloc for membership, both renounced their prior non-alignment, with Finland officially having been neutral since shortly after World War II and Sweden since the early 19th century.

“This sovereign choice of Finland and Sweden, two European partners, will make it possible to strengthen their security in the face of the current threat in their immediate neighborhood,” read a statement from the Elysee Palace cited by the news agency AFP, with the “threat” in question presumably referencing Russia.

While Moscow warned Sweden and Finland in May of “serious military and political consequences” should they go through with their bid for NATO membership, Kremlin spokesman Dmitry Peskov said that as Russia has no territorial disputes with either state, Moscow is relatively unperturbed by the prospect.

By contrast, Russia has for decades described the prospect of a NATO-aligned Ukraine as an unacceptable security threat, ultimately sending troops into the country partly in an effort to prevent this outcome. If Ukraine had joined the alliance, its territorial claim over Crimea – which voted to join the Russian Federation in 2014 – could have brought NATO into direct conflict with Russia.

All of NATO’s 30 members must ratify new additions to the alliance. Turkey threatened in May to veto Finland’s and Sweden’s membership bids, citing the alleged support of Stockholm and Helsinki for Kurds that Ankara considers terrorists. A tentative deal between Turkey and the Nordic countries has apparently been reached, with Sweden on Thursday announcing the extradition of a Turkish national to his home country. It is unclear whether the suspect was on the list of alleged terrorists wanted by Ankara.

Turkish Foreign Minister Mevlut Cavusoglu stated on Thursday that his government would meet with Finnish and Swedish officials later this month to further discuss the two states’ NATO applications.

More than 20 of NATO’s 30 members have now ratified the entry of Finland and Sweden. US President Joe Biden signed the official documents on Tuesday.

Macron’s signature comes three years after he described the Cold War-era alliance as “brain dead,” and suggested that the EU look after its own defense needs with a common European army. However, Macron has since shifted his position, describing the conflict in Ukraine as an “electroshock of awakening” for NATO.

The French president, however, has shied away from some of the harsher anti-Russian rhetoric of his NATO allies. Although France has backed successive rounds of EU sanctions and sent arms to Ukraine, Macron told a French documentary crew in June that his goal is  to “help Ukraine to win…not to fight against Russia, let alone annihilate it,” as he said that “Anglo Saxon” leaders want to do.