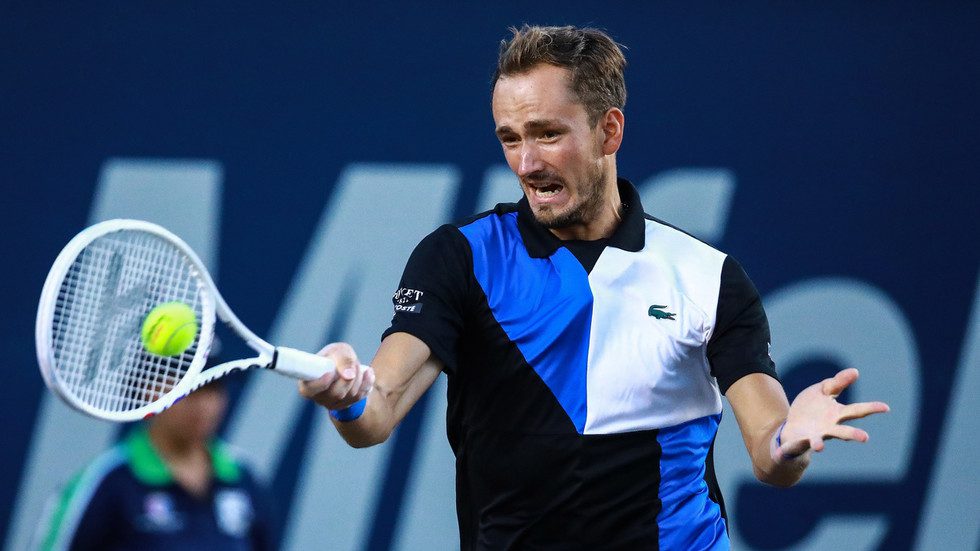 Daniil Medvedev reached his fourth final of 2022 at the Los Cabos Open on Friday and guaranteed that he will remain the number one men’s player in tennis until at least the end of the upcoming US Open.

In his on-court interview after seeing off Kecmanovic, Medvedev spoke of a “very tough match” and noted that the Serb “started great” and played the first set at a “great level” after coming out firing on all cylinders and taking a 4-1 lead before the Moscow native began to turn the tide.

“[There were] so many tough points, so many points where I felt like I was close to getting the edge. The tie-break was great,” Medvedev added.

It was at this point of the match that Medvedev attempted to gee up the crowd, which is something he also addressed.

One. step. closer. 💪@DaniilMedwed gets past Miomir Kecmanovic 7-6. 6-1 to secure his place in Los Cabos final! 🇲🇽@AbiertoLosCabos | #ATC2022 pic.twitter.com/8SEOGCF02M

“I’m not the kind of guy to ask [for the crowd to cheer] like this,” he admitted with a laugh. “I made a great point, so I thought, ‘This one was good, let’s try to pump it up a little bit.'”

Eventually coming out on top thanks to a far more dominant second set, Medvedev improved to 2-0 head to head against Kecmanovic but also provided himself with a chance to stop an unwelcome run of losses in finals this year.

Reaching his fourth in 2022 set to be played in the early hours of Sunday morning in Europe and Russia, Medvedev has lost a trio thus far but will cling on to his world number one ranking spot until the end of the US Open regardless of how he fairs against Norrie.

While Norrie is the defending champion at Los Cabos, Medvedev can make the same boast about the Flushing Meadows Grand Slam where he beat Novak Djokovic last year in the final to claim his first major title.

Djokovic dominated Norrie in the last four at SW19 and then won a seventh Wimbledon final against Nick Kyrgios in a competition that Medvedev wasn’t allowed to compete in due to the All England Lawn Tennis Club’s (AELTC) ban on Russian athletes.

As the tournament was stripped of ranking points for the ban by the ATP and WTA’s men’s and women’s tours, however, Medvedev has managed to hold on to top spot thanks to that development and his good form on grass in smaller tournaments.

Though Medvedev can compete at the US Open and defend his crown despite his nationality, Djokovic looks like missing out due to his vaccine stance.

Instead, then, the Russian must look over his shoulder at the likes of number two Alexander Zverev and number three Rafael Nadal, who beat Medvedev in the Australian Open final.

In recent months, though, both men have picked up serious injuries that forced them to pull out of the semi-finals of a Grand Slam.

While Zverev couldn’t continue at the French Open in a last four meeting with Nadal before the Spaniard went on to clinch a 14th title at Roland Garros, Nadal then had to withdraw from a semi-final booked against Kyrgios and looks to be on the verge of retirement after pulling two ahead of Djokovic in all-time Grand Slam triumphs on 22.