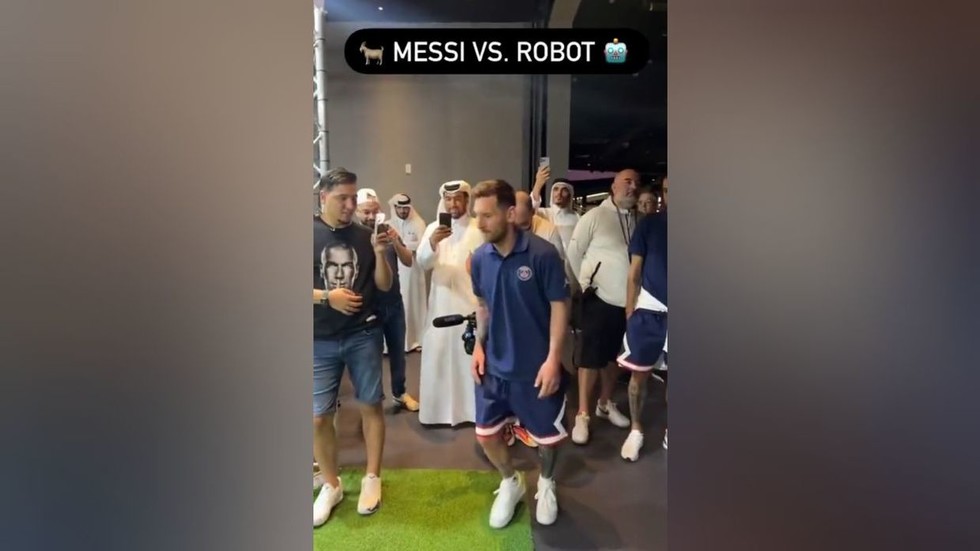 Lionel Messi was upstaged by a robot this week as he visited the Olympic Museum in Qatar with his Paris Saint-Germain teammates.

Embarking on a penalty kick donning a PSG polo shirt, shorts and white trainers, the Argentine approached the ball in his usual manner and tried to put it in the top right hand corner with his famous wand of a left foot.

Denied by the robot goalkeeper with an outstanding save, however, Messi couldn’t add to his 764 career goals.

Appearing to laugh his failure off as the crowd stayed silent, Messi later signed shirts and shook hands with guests to the event while taking part in various activities.

Online, though, the reception was far frostier.

“Letting a robot save your pen is the highest level of finished ever,” chided another.

“And Messi fans want him on pens…,” was a separate takeaway.

and messi fans want him on pens…

Defending his corner, though, a Messi fan said: “Messi doesn’t score against robots. He scores against real human beings and gets them triggered.”

“Because it’s impossible for humans to stop the GOAT,” remarked one more.

On Saturday, Messi will play the final game of his first season at PSG against Metz with the Ligue 1 title already wrapped up.

Reports have claimed that Messi intends to see out the two-year deal he signed with the Qatari-backed giants after leaving boyhood club FC Barcelona as a free agent last summer.

Also this week, however, his agent had to deny rumors that the seven-time Ballon d’Or winner will switch to Inter Miami in 2023 and buy a 35% stake in the MLS franchise co-owned by David Beckham.


READ MORE: Messi camp responds to rumors of US move