Rollins College will celebrate its famed alumnus, Fred Rogers, commonly known as Mister Rogers, with a concert highlighting his work. From college compositions to classics from “Won’t You Be My Neighbor,” the audience will be able to hear a lesser-known side of the television icon.

Consider it a tribute from his Central Florida neighborhood.

“This concert has so much to offer,” Dan Crozier, Rogers’ nephew and a professor of music theory and composition, said.

Crozier is a composer and joined Rollins faculty nearly 20 years ago. He assisted in organizing the program. He said he hopes to highlight his uncle’s musical genius.

“Some people realize that he wrote music, but he actually composed all the music from the program. All the songs are original, he wrote them all.”

Rogers graduated in 1951 from Rollins College in Winter Park, where he received his musical training. It was also where he met his wife, Joanne Rogers.

“They loved Rollins,” Crozier said. “He studied what I now teach here. When I began teaching here I think it was very satisfying for them, that the family still had ties here.”

Faculty, staff, and current and former students will perform in the program. Crozier said the entire performance is as much for them as it is for the audience. He said its all meant to string together Rogers’ principles.

“I hope we can pass along Fred’s values to the students, as much as we can do to foster what he did on the program in Rollins and our neighborhood here,” he said. “They seem very timely now.” 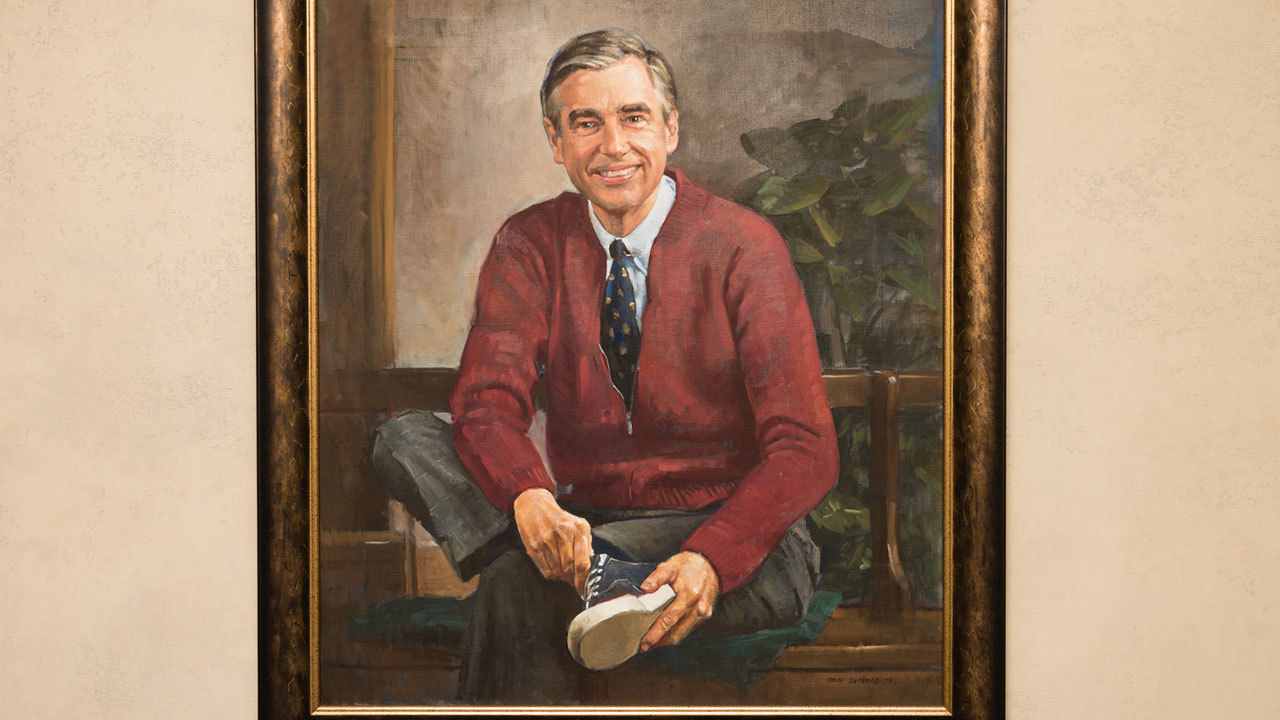 Rogers is recognized for his iconic sweaters, tying his shoes, feeding his fish and his friendship with Daniel the Tiger, a nervous puppet who now has his own spin-off series “Daniel Tiger’s Neighborhood.” Rogers is a cultural icon. Crozier said it is because of his message: that being you is one of the best qualities you have.

It’s a message Rogers translated into an opera while at Rollins.

Crozier said it’s a message that seems to be even more timely now than when Rogers first wrote it, one the audience can relate to and one Rogers tried to convey in all that he accomplished.

“He was so invested in building up people’s self-esteem, that their unique qualities are what made them valuable,” he said. “We all have those things that make us unique, that aren’t liabilities but are blessings.”

Crozier said Rogers wrote over 200 songs, and the audience will be able to hear some of them this weekend in Tiedtke Concert Hall. As the audience enters the auditorium, they will be greeted by a portrait of Rogers that hangs in the entrance.

“There will be songs that everyone remembers from the show,” ​​Crozier said. “I’d imagine everyone would leave feeling a little bit better about themselves by the time its all done.”

The program runs Nov.8 and Nov. 9. People can purchase tickets for $10 here.