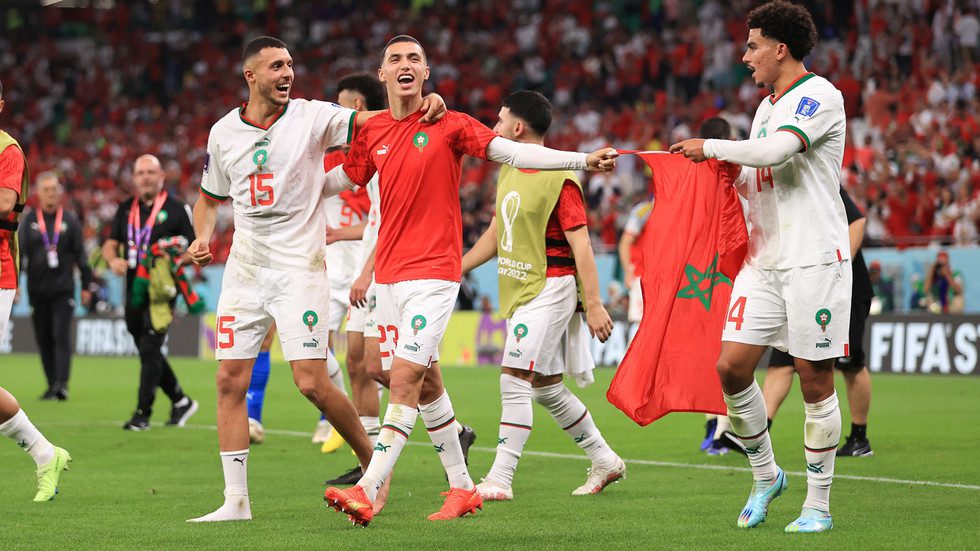 The Moroccans thought they had taken the lead in the first half, only for Hakim Ziyech’s whipped free-kick strike to be ruled out for offside due to an infringement from Romain Saiss.

But the North Africans did make the breakthrough in somewhat similar circumstances in the 73rd minute.

Sabiri curled a free-kick into the box which evaded everyone, including Belgian goalkeeper Thibaut Courtois.

Saiss was again loitering in the vicinity of the Belgian goalie, although this time he was onside and the goal counted.

Belgium were caught cold in stoppage time when Ziyech latched upon a loose ball, cutting it back for substitute Aboukhlal to steer a brilliant effort beyond Courtois and into the top corner at the near post.

The victory was just a third for Morocco at a World Cup finals, following wins against Portugal in 1986 and Scotland in 1998.

The result will go down as another shock in Qatar – a tournament which has already seen Saudi Arabia stun Argentina and Japan beat Germany.

Roberto Martinez’s disappointing Belgium – the number-two ranked team in the world by FIFA and third-place finishers in Russia four years ago – are second with three points after their tense opening win against Canada.

The Canadians play Croatia later on Sunday, while the last round of Group F games on Thursday sees Belgium meet the Croatians and Morocco face Canada.

For Belgium and a star-studded team containing the likes of Courtois, Kevin De Bruyne, and Eden Hazard, it is likely to be do-or-die when they next take to the pitch in Qatar.