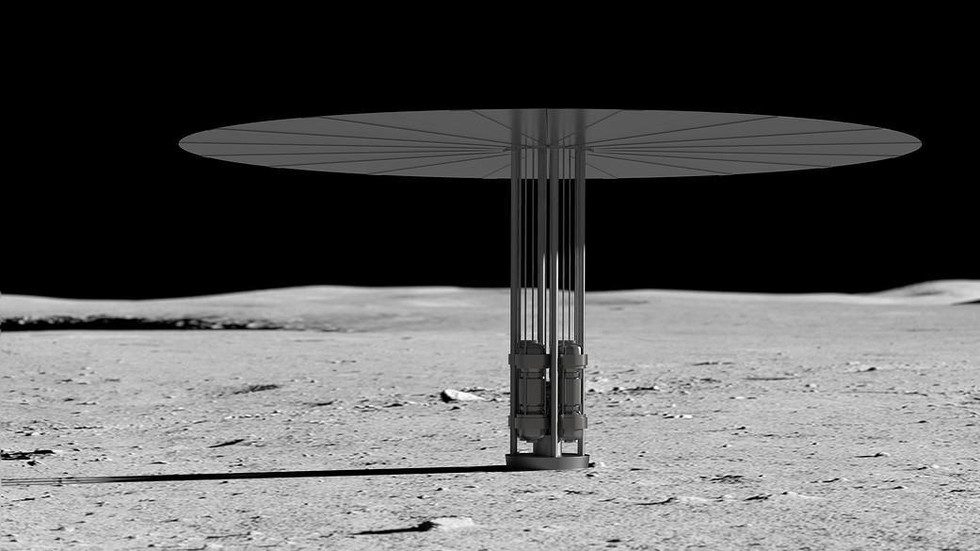 NASA would like to have nuclear power reactors for lunar and planetary expeditions, the US space agency said on Tuesday, announcing three contracts for developing concept designs by the end of the decade, in partnership with the Department of Energy. Military-industrial behemoth Lockheed Martin is one of the companies involved, along with the nuclear veteran Westinghouse.

NASA hopes to have a design for the “fission surface power system” ready to launch by the end of the decade. John Wagner, director of the DOE’s Idaho National Laboratory, called the project “a very achievable first step toward the US establishing nuclear power on the Moon.”

Three 12-month contracts are each worth $5 million and will fund initial design concepts for a 40-kilowatt fission power system, with a requirement to last at least 10 years in the unforgiving environment of the moon. If successfully demonstrated on the lunar surface, the reactors could be used for the eventual mission to Mars, NASA said.

In addition to Lockheed Margin and Westinghouse, the third contractor will be a Texas-based outfit called IX. It is a joint venture between spacecraft designer Intuitive Machines and X-Energy, developers of an experimental pebble-bed reactor.

“Developing these early designs will help us lay the groundwork for powering our long-term human presence on other worlds,” said Jim Reuter of NASA’s Space Technology Mission Directorate.

Fission systems are relatively smaller, lighter and can provide “continuous power regardless of location, available sunlight, and other natural environmental conditions,” the space agency said. NASA also hopes to get “critical information” from the nuclear industry that could lead to developing atomic propulsion systems for deep space exploration missions.

The contracts are part of the Artemis program, a US initiative to return to the moon – and put the first-ever woman and person of color on the lunar surface. It was named after the twin sister of Apollo, the Greek deity whom the initial US moonshot was named after. Initial schedules called for the first landing to take place in 2024, but last year NASA said it was no longer on track to achieve that, citing lack of funding.

In March, NASA announced a plan to land humans on Mars by 2040. Less than a week later, it had to cancel a test of the Artemis I spacecraft due to technical problems.