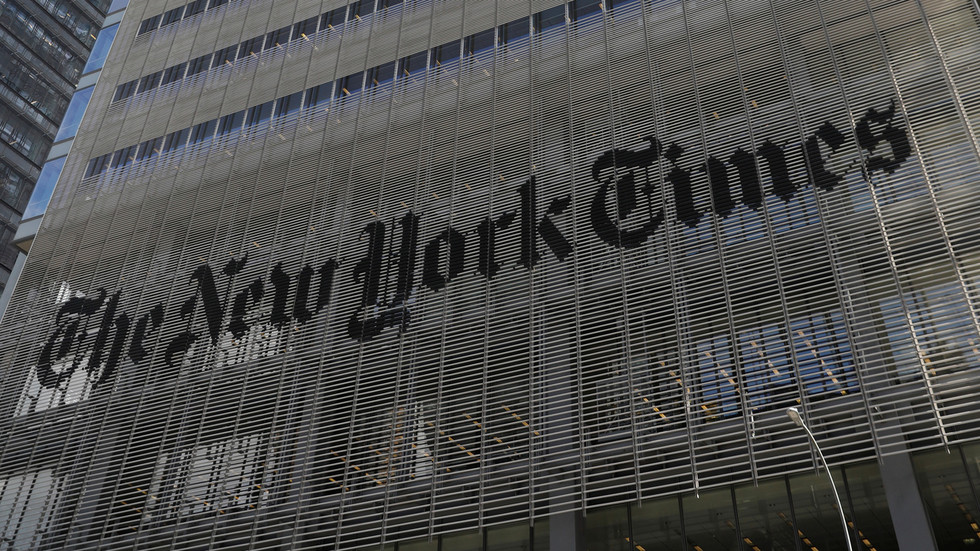 The New York Times has spun a tale of Russian treachery based on its usual anonymous sources. Though the Russian Foreign Ministry stepped in to correct the record, the paper didn’t let facts get in the way of a good story.

According to the Times, the debacle kicked off in August, when Russian officials delayed a sick American envoy from leaving Moscow for treatment, part of a Cold War-style “harassment campaign” against US diplomats.

The man in question, a military attache at the American embassy in Moscow, fell ill and needed evacuation to Germany for hospital treatment. According to the NYT, his plane was delayed “for hours for no apparent reason,” despite protests from embassy officials and the State Department in Washington.

The story ticks all the ‘Russiagate’ boxes. Neither the State Department or the Pentagon would give details of the incident, so anonymous “officials” were quoted instead. The paper also fitted the story into a wider anti-Russia conspiracy, calling it “the latest episode of a long-running campaign of harassment against American diplomats in Russia.”

Even the newspaper’s subhead proclaimed that “Russian intimidation of American officials has reached levels unseen since the Cold War.” Evidently, delayed flights are comparable to the world’s biggest superpowers threatening each other with nuclear war.

A bold statement, were it true. In a response to the Times, sent before publication but selectively clipped, the Russian Foreign Ministry explained that five and a half hours before the attache’s flight, the airline announced a one hour delay. Upon arrival at the airport, the sick man’s entourage were fast-tracked through security, and were then found to have the wrong papers, due to an error with their earlier charter flight.

The paper mix up – which had the entourage identified as crew instead of passengers – was resolved in 20 minutes, and the flight took off five minutes before its scheduled departure time.

Little of this official explanation was included in the story, and Russian Foreign Ministry spokeswoman Maria Zakharova again decried the article on Sunday, calling it “fake news,” and “a scandal; a forgery in its purest form.”

And of course, a good Russia yarn wouldn’t be complete without some conspiracy-peddling from former US ambassador to Russia Michael McFaul.

“When I was ambassador, we felt like we were under siege all the time,” McFaul told the Times. He said that delaying a medical flight would be “the kind of classic harassment that for many years now, our people have been putting up with. It’s inexcusable, it’s horrible.”

This is the same Michael McFaul who once compared Russians purchasing Facebook ads in the runup to the 2016 election to the 9/11 attacks, warned American tourists to steer clear of Russia, in case they be jailed for spying, and penned a research paper in 2005 advocating American-led regime change in Moscow. Anti-Russia protestations are also big money for McFaul, who wrote a book lambasting Donald Trump and Vladimir Putin last year, while ‘Russiagate’ hysteria was at its height.

In her response, Zakharova reminded the NYT about the time a Russian diplomat in Washington was tasked with bringing cancer medicine to Moscow for former Prime Minister Yevgeny Primakov some time before 2015. The diplomat was detained by American intelligence and had his belongings seized. The medicine was only delivered to Moscow when the then-Secretary of State John Kerry intervened.

“Relations between Washington and Moscow remain generally hostile,” the NYT’s article claims. That may be true, but the paper’s writers clearly didn’t pause to think that presenting Cold War spy fiction as news might just have something to do with it.