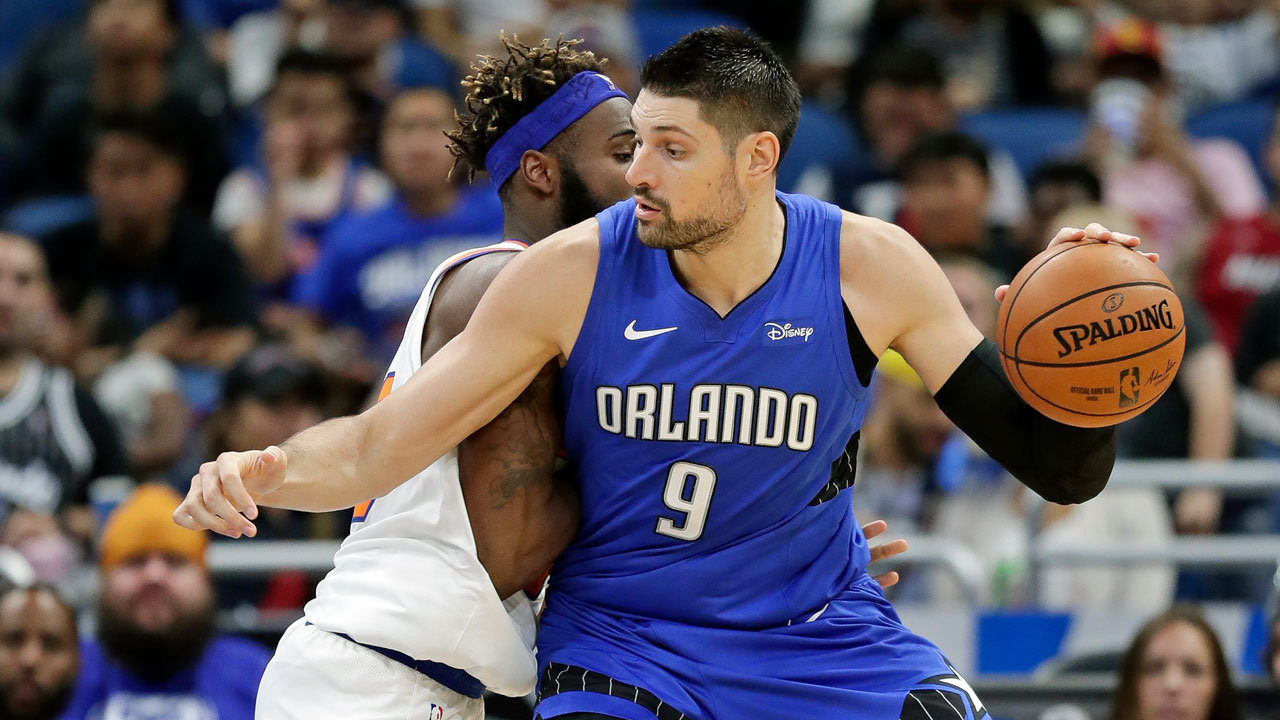 Nikola Vucevic had 21 points and 14 rebounds and the Orlando Magic rallied to beat the New York Knicks 95-83 on Wednesday night.

Julius Randle led New York with 16 points and 10 rebounds. Mitchell Robinson added 12 points, all in the first half, and Bobby Portis also had 12.

Down 80-79 with just over eight minutes left, Orlando limited New York to one field goal and one free throw the rest of the way

Gordon hit a 3-pointer to push Orlando’s lead to 84-80 with 5:35 left and had another 3-pointer in the final two minutes.

Orlando, the worst shooting team in the NBA entering the game, shot only 33.3 percent in the first half, but hit five straight shots to start the second half with an 11-0 run. The Magic hit 13 of 20 shots in the quarter and surged to a 72-57 lead.

New York responded with a 10-0 run to finish the period and, when Randle hit a jumper in the lane early in the fourth, the Knicks tied it 72. A 3-pointer from Portis gave New York an 80-79 lead with 8:05 left.

Playing without top point guards Dennis Smith Jr. (personal reasons) and Elfrid Payton (hamstring), New York got an unexpected 12 points from Robinson in the first half, but not much else from his teammates. New York led 44-42 at the half.

Knicks: Marcus Morris had four blocked shots in the first half. … Julius Randle has a double-double in every game this season.

Magic: Orlando hasn’t scored 100 points in a game this season.

Knicks: At Boston on Friday night.