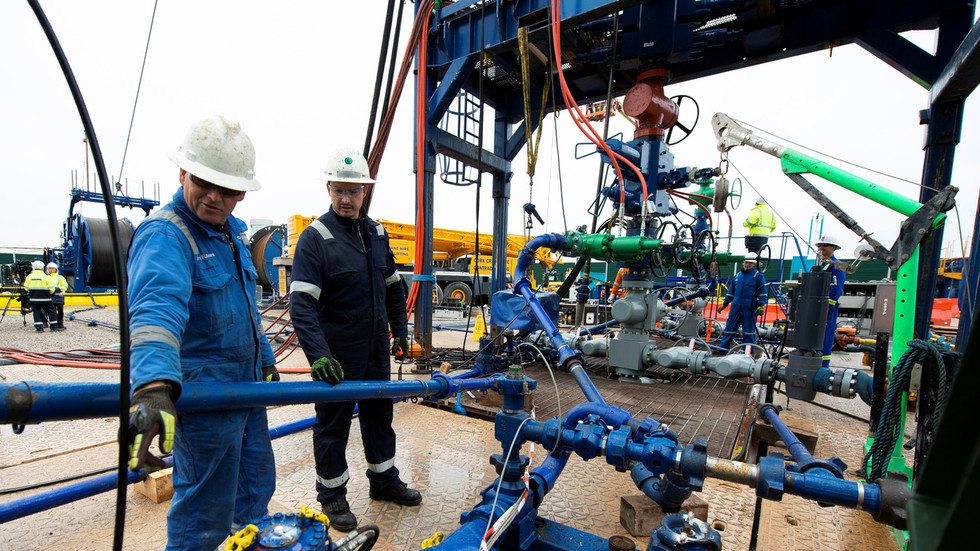 As Prime Minister Boris Johnson gears up for a snap election, his government made a surprise U-turn on shale gas extraction, citing public concerns and technological limits on predicting the impact of fracking on the environment.

Johnson’s administration announced on Friday that it would “take a presumption against” any new fracking projects, “until compelling new evidence is provided.” While the move was presented as an immediate moratorium on the controversial practice, the official announcement makes clear the government would still consider requests for fracking licenses “on their own merits,” potentially rendering the decision a virtue signal to Green voters in the upcoming poll.

While future applications for Hydraulic Fracturing Consent will be considered on their own merits by the Secretary of State, in accordance with the law, the shale gas industry should take the government’s position into account when considering new developments.

The decision follows a new scientific study published by the Oil and Gas Authority, which found it was impossible to rule out “unacceptable impacts” on communities located near fracking sites, nor to forecast the “probability or magnitude of earthquakes linked to fracking operations.”

Critics of fracking – which involves pumping chemicals into the ground at high pressure to fracture shale rock and free the gas stored within – have long slammed the practice for its unpredictable effect on the environment, as well as for keeping the UK reliant on fossil fuels, which many environmentalists would like to someday phase out.

The government also confirmed it would not proceed with “proposed planning reforms for shale gas developments,” which have been in the works since last year, but will now be shelved.

In contrast to Friday’s move, Johnson previously hailed fracking as “glorious news for humanity,” and called on UK developers to “leave no stone unturned, or unfracked” in their quest for shale gas, but with a snap election in December fast approaching, the PM may be angling to appeal to voters outside of his right-of-center base.

The move might be explained more simply, however, after a study published in August found there was likely far less shale gas on Old Blighty than was previously thought, with fracking only able to contribute a decade’s worth of fuel to the country – five times less than 2013’s estimate.

The UK govt reassured Britons, thousands of whom die each winter because they can’t heat their homes, that as the country works to transition to the bright future of renewable energies, it would work to maintain stable and “diverse gas supplies” from other sources.