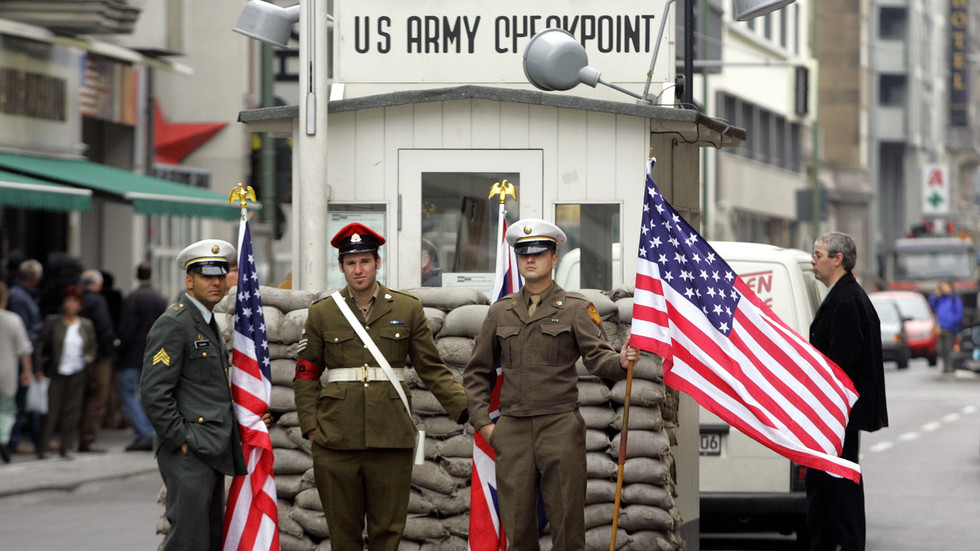 Visitors to Berlin hoping to take a snap with actors dressed as American soldiers at the iconic Checkpoint Charlie may find themselves disappointed, as authorities have banned people from posing as Cold War-era guards.

Checkpoint Charlie, the erstwhile US-controlled crossing point between East and West Berlin, has long been a tourist hotspot — and a photo with one of the ‘soldiers’ has been on many a bucket list.

Yet, police who posed as tourists in an undercover operation say the actors have been forcing visitors to pay €4 ($4.50) for a picture, despite claiming that they only take voluntary donations. Some tourists have even been verbally abused and followed after refusing to offer the “donation,” German media said.

The men can earn up to $5,000 from the pictures on a particularly good day, the Bild newspaper reported. The actors who play the role and who are employed by the Dance Factory agency, don’t plan to give up on the lucrative gig without a fight, however.

“I am faced with having to let six of my colleagues go,” Tom Luszeit, who heads the Dance Factory group told Bild, adding he does not understand the “sudden decision” to ban the practice. “But we won’t give up, we want to return,” Luszeit said, denying allegations that tourists who refuse to pay are harassed.

Berlin’s public order office has informed the agency, however, that its actions are illegal unless they obtain a permit, which it is not planning to issue.

Good. In a city where tourist sites are thankfully pretty decentralized, Checkpoint Charlie is the one that feels the most overcrowded and Disney-fied: https://t.co/reCqvnB9iR

Checkpoint Charlie was the site of a major Cold War standoff when US and Soviet tanks faced off against each other after a dispute over whether East German officials had the authority to check the documents of a US diplomat crossing the city to see an opera.

Some Germans have not been happy with the spectacle of Checkpoint Charlie turning into the ‘Disneyland’ of Berlin, however. In a recent interview with the Tagesspiegel newspaper, Burkhard Kieker, the head of the Visit Berlin tourism agency called the popular site an “eyesore.”