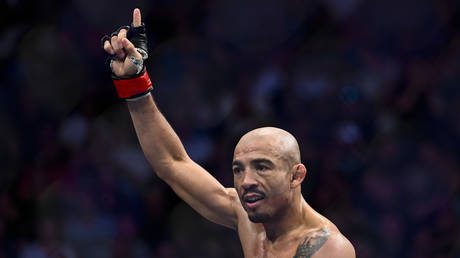 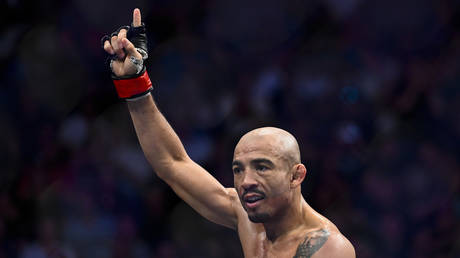 Jose Aldo has hung up his gloves, according to reports from his native Brazil

Former UFC and WEC featherweight champion Jose Aldo, 36, who is regarded by many as among the best mixed martial arts fighters in history, has retired from the sport, according to reports from his native Brazil.

Aldo recently suffered a dispiriting defeat to Tbilisi native Merab Dvalishvili at the UFC’s fight card in Salt Lake City, Utah last month – a fight which snapped a three-fight win streak which had landed him on the doorstep of a potential bantamweight world title shot.

However, after coming up short in the close unanimous decision loss, the Brazilian fight icon has opted to step away from the MMA with one fight remaining on his UFC deal after negotiations with the organization in which they agreed to write off the final fight on his contract, per a report by Combate.

Aldo had been expected to reveal his retirement after a farewell fight on the UFC’s scheduled event in Brazil in January but instead it appears as if he has hastened his decision to hang up his 4oz gloves.

However, his journey in combat sports might not yet be fully concluded. His arrangement with the UFC to remove the requirement for one more fight from his contract will free him up to compete in other combat sports such as boxing or Brazilian Jiu Jitsu.

Had he walked away with one fight remaining on his deal the UFC would have retained his promotional rights; something which would have proved to be a significant stumbling block should he opt to try his hand in other combat arenas.

Reportedly, Jose Aldo has retired with one fight left on his UFC deal. If this sticks, he finishes with a record of 31-8 and went unbeaten from May of 2006 to December of 2015.https://t.co/3HZ52eCWAt

According to this report, Jose Aldo has retired from MMA. He had 1 fight left in his deal but the UFC agreed to release him, so he's free to box in the future if he wants. https://t.co/6Cv6llzmdM

Aldo has fought some of the biggest names in mixed martial arts throughout a career in which he first fought professionally in August 2014.

The first decade of his career saw him amass an impressive 25-1 record, winning the WEC featherweight crown along the way. This was later upgraded to the UFC featherweight title when the WEC was bought out by the UFC.

He defended the 145lbs world title in his first seven fights with the organization, defeating the likes of Chad Mendes and Frankie Edgar along the way.

He would experience his first UFC defeat in December 2015 when Irishman Conor McGregor knocked him out just 13 seconds into their title fight at UFC 194.

This marked a downturn in results for Aldo as he would go 6-6 in his next 12 fights with the UFC, up to what proved to be his final appearance in the Octagon last month against Dvalishvili.

Aldo retires with a career record of 31-8 and is regarded by most as the finest featherweight fighter in history.