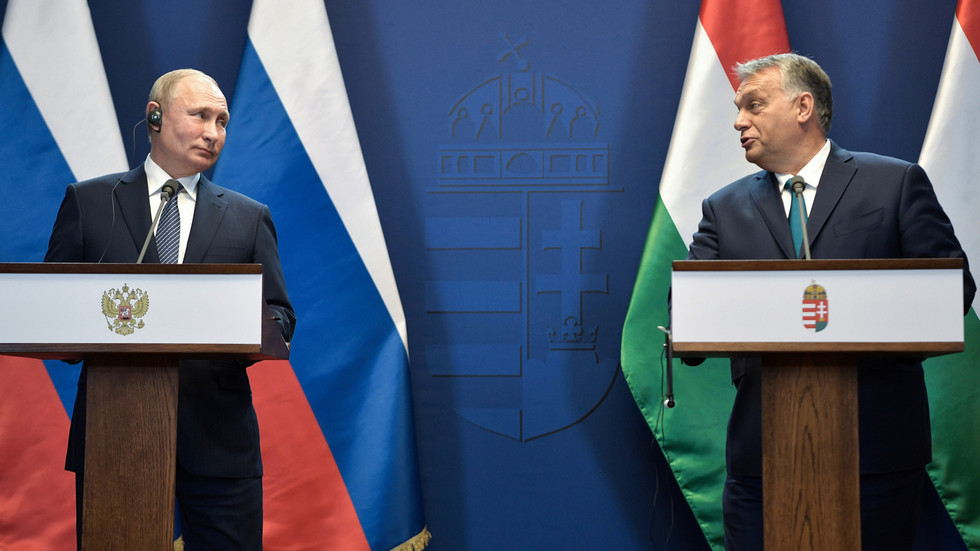 Hungarian PM Viktor Orban has hailed Russia’s role as a stabilizing force in the Middle East, adding that the European nation is very interested in peace in Syria in view of the infamous migrant crisis.

“Russia plays an important role in terms of … creating stability” in the Middle East and Syria in particular, Orban said at a joint press conference with the Russian President Vladimir Putin, whom the prime minister hosted in Budapest on Wednesday.

Moscow’s role in the region, Orban noted, is not limited to military or political dimensions, adding that the two nations discussed humanitarian aid. “We are going to talk about how we can together … provide food security and restore villages … where migrants and refugees could come back from Europe. They need somewhere to go back to. That is our motto – we should provide assistance, we should not add to the trouble.”

Earlier, Orban told journalists that Hungary – and Europe – would greatly benefit from peace and stability returning to Syria, which has been ravaged by an almost 9-year-long conflict. Left in ruins, it would force scores of people to “go to Europe,” passing through Hungary in the process, he warned.

Hungary is interested to see everything settled down in the Middle East and in Syria both from military and political points of view.

Meanwhile, Putin expressed his hope that the goal could now finally be achieved, as the Constitutional Committee – a broad council comprising the representatives of the Syrian government, the opposition and civil society – has started its work in Geneva.

“I believe that the work of the Constitutional Committee will facilitate the political settlement in Syria,” the Russian leader said, adding that all parts of the Syrian society can now “directly work on the constitutional reform, statecraft and sustainable development of Syria without any outside interference.”

The idea for the committee, which would draft a new constitution for the troubled state, was raised in January last year at a Moscow-sponsored peace conference – the Syrian National Dialogue Congress – held in Russia’s southern city of Sochi. Moscow has backed the plan ever since.