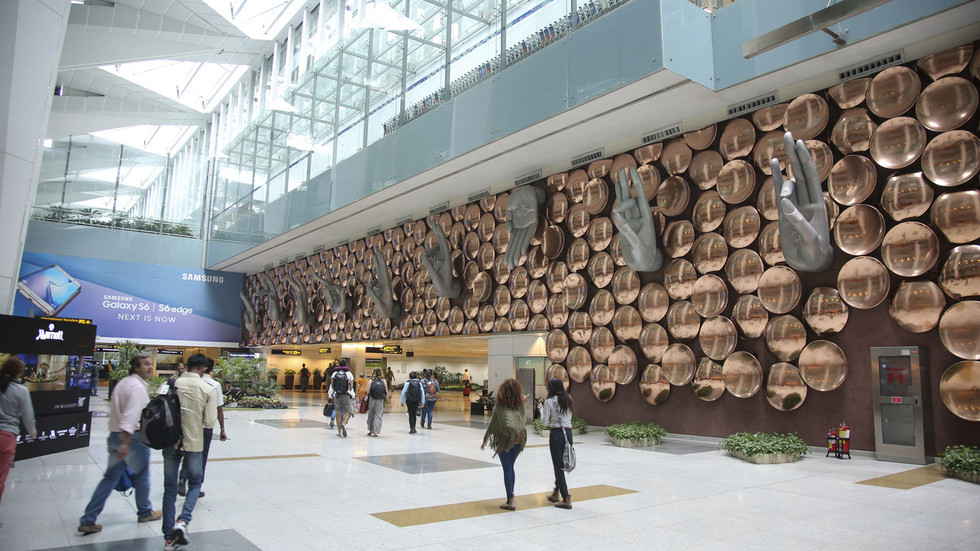 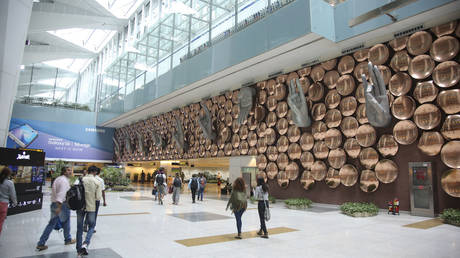 Witnesses say passengers were stopped from leaving the terminal as police were dispatched to handle a mysterious bag left at New Delhi airport. Initial reports say it may contain an explosive compound used to make bombs.

A suspicious black bag was found abandoned in the arrivals hall around 1am local time on Friday. A bomb squad with a sniffer dog was immediately called in to investigate.

The bag was then removed from the site and placed into a cooling pit.

Deputy Commissioner of Airport Police Sanjay Bhatia said that the bag has not been opened yet and “it seems like there are some wire inside.” He did not comment further on the contents.

Delhi: Security tightened at Terminal 3 of Indira Gandhi International Airport after a suspicious bag was spotted in the Airport premises. pic.twitter.com/7CkuNqJbCs

Official sources quoted by Indian media reported that initial tests showed the bag may contain explosive compound RDX, which is often used to make homemade bombs, but further tests are required to confirm this.

Times of India reporter Raj Shekhar Jha said the suspicious bag did not come from any flight. He also tweeted that the initial check by the bomb squad triggered a “positive signal” for explosives.

3. The baggage was also checked by Dog 'Guide', which also gave positive signal for explosive. Immediately, BDDS team was called and the area was Corden-off. Movements of vehicles & passengers were stopped.

The discovery sparked confusion and panic at the airport, as passengers were not allowed to leave the terminal for several hours. Roads outside the building were blocked, and police beefed up security.

@DelhiAirport exit from arrivals closed for a while now? What could be the reason? pic.twitter.com/uLzk483RR1