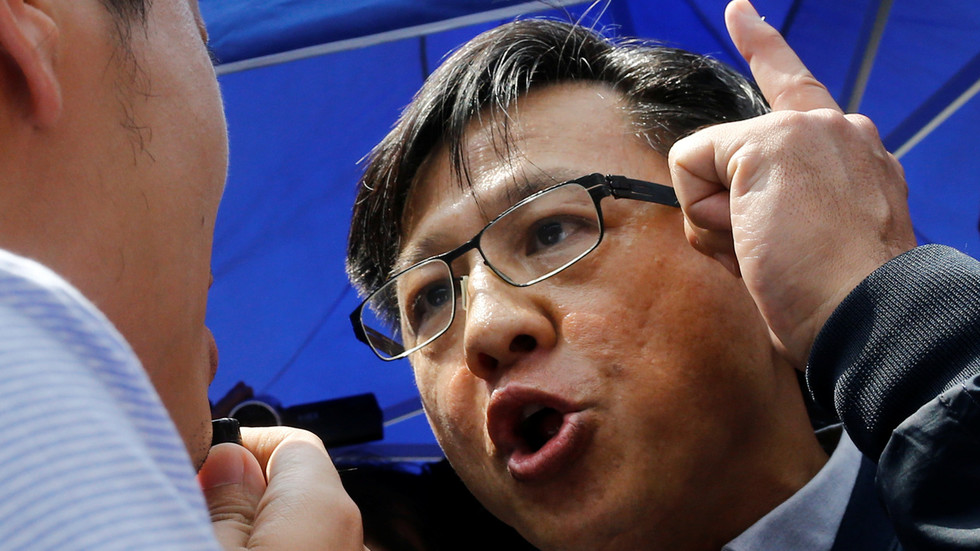 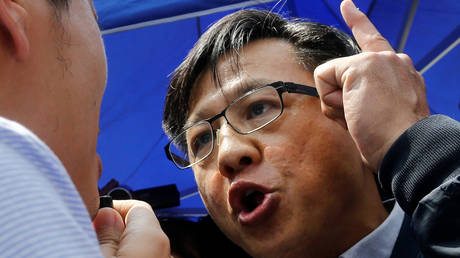 A Hong Kong lawmaker aligned with the territory’s pro-Beijing camp was attacked by a knife-wielding man in what appeared to be an attempt on his life, captured in shocking footage shared online.

Currently running for a District Council position in an upcoming election, legislator Junius Ho was suddenly attacked on Wednesday morning while campaigning in the town of Tuen Mun. The lawmaker was brought to hospital with minor injuries, while the assailant was quickly restrained and taken into custody.

In a video of the attack, a man is seen casually chatting with Ho, reportedly commending his hard work and asking for a selfie as he reached into a bag. In the next instant, the man lunges forward with a knife, striking Ho in the chest and prompting a scramble for the weapon as both fall to the ground.

While the exact extent of his injuries are unclear, police confirmed to AFP that Ho suffered a stab wound to the left side of his chest. The lawmaker was seen standing upright with a bloodied shirt in a photo taken after the attack.

#UPDATE Junius Ho is conscious and being driven to the hospital after he and his assistant were injured in a knife attack pic.twitter.com/2kBSHcnbk3

An assistant to Ho was also reportedly injured in the incident, but did not require treatment at the hospital.

Junius Ho badly injured in the chest, it's a terrorist attack! pic.twitter.com/FN1LmBViFk

Some on social media were not convinced by the images and smelled conspiracy afoot, however, speculating that the attack was instead a staged “hoax,” but the skeptics offered no evidence to support such claims.

Ho has come under fire from opposition factions in the past, particularly after calling for “no mercy” for Hong Kong’s dissidents during a rally in 2017. Critics say the legislator meant the remark as a threat toward anti-government activists, but Ho insists his words were misconstrued.

The apparent assassination attempt comes on the heels of months of heated protests in Hong Kong, kicking off during the summer over a contested extradition bill which opponents said would empower Mainland China with too much authority over citizens in Hong Kong. Though the extradition bill has since been permanently shelved, the demonstrations continue as activists call for probes into police brutality and electoral reforms, among other demands.