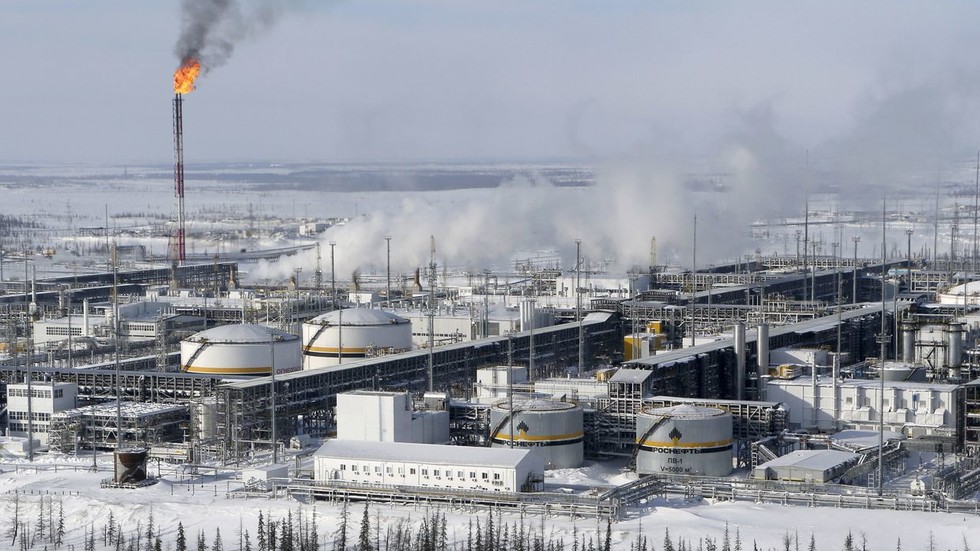 Russian President Vladimir Putin isn’t entirely buying into cryptocurrencies like Bitcoin, calling them ‘too unstable’ for oil and gas contracts, even as he said Moscow is working to limit its exposure to the weakening US dollar.

Speaking to CNBC on Wednesday, after taking part in the 20th annual Russian Energy Forum in Moscow, Putin criticized the monetary policy in Washington as undermining the dollar as the world’s reserve currency. Runaway inflation and debt at home, combined with using the dollar as a sanctions instrument abroad, are driving all countries away from the US currency, he said.

Asked if Russia was open to using cryptocurrencies – such as Bitcoin – to trade in oil and gas, however, Putin was skeptical.

“It’s too early to talk about this, because cryptocurrency, of course, can be a unit of accounting, but it is very unstable. It can be used to transfer funds from one place to another, yes, but to trade, let alone trade in energy resources, in my opinion, is still premature,” he said.

Cryptocurrency isn’t backed by anything, Putin added, and is very volatile on the open market at this time, so it’s “too soon” to talk about it as a means of trading oil, gas or other raw materials.

“But everything develops, everything has the right to exist. We will see how it will go further, maybe someday it may also be a means of accumulation,” he said.

Another objection Putin put forth is that generating some cryptocurrencies requires “a huge amount of energy” mainly produced by traditional methods, leading to carbon emissions widely blamed for climate change. This is the position Tesla and SpaceX head Elon Musk made back in June, explaining his decision to stop taking payments in Bitcoin.

The impoverished Central American country of El Salvador has taken a different approach, after it recently embraced Bitcoin as a potential replacement for the US dollar, which it has used as currency since 2001. Salvadoran President Nayib Bukele is harnessing the power of the country’s 20-odd volcanoes to generate geothermal energy to power bitcoin mining. Earlier this month, he announced that the operation has so far successfully generated 0.00599179 bitcoin, or about $269.