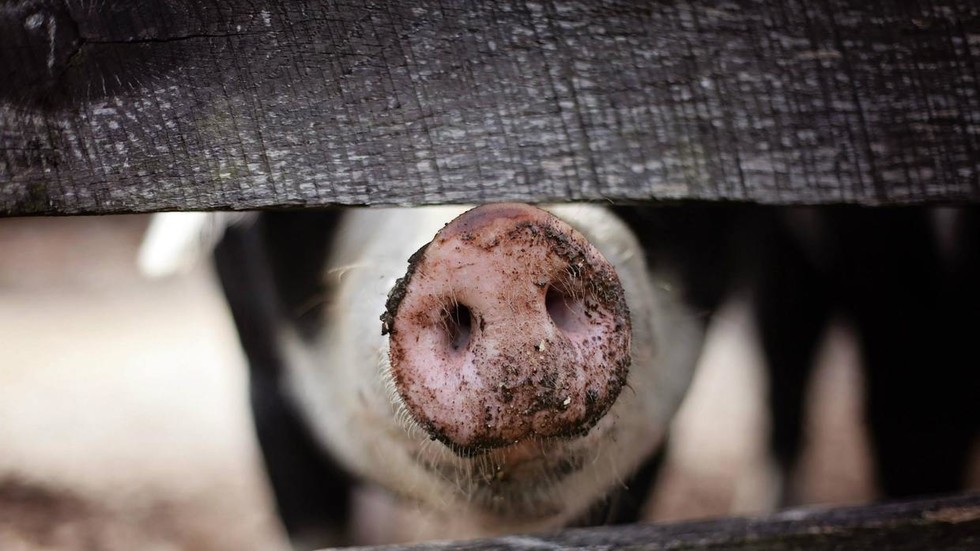 The president of the World Organization for Animal Health has warned that a quarter of the world’s pigs are expected to die from African swine fever this year, compounding fears of possible food shortages and soaring pork prices.

Dr. Mark Schipp made the stark comments Thursday, claiming that it is “the biggest threat to any commercial livestock of our generation.”

In its current form, African swine fever is virtually 100 percent fatal to pig herds, but poses no immediate threat to humans (barring any unforeseen mutations).

China, which has half the world’s pigs, has been the hardest hit, and authorities have destroyed about 1.2 million pigs there since August 2018, with the price of pork almost doubling since the nationwide outbreak began. US pork sales to China have doubled, despite the now somewhat-cooled trade war, while European pork prices have reached six-year highs.

Rabobank estimates that this year alone, China could lose between 20 and 70 percent of its swine herd or roughly 350 million pigs.

China is not alone, however, as some 50 countries have witnessed outbreaks of African swine fever including Poland, Russia, South Korea and the Philippines. The multiple outbreaks have created knock-on effect on the prices of other sources of protein as well as feed prices, in addition to downstream products made using pork materials, such as the blood-thinner heparin.

While progress has been made in developing a vaccine, it has been slow, given that the virus itself is large and has a complex structure, though scientists announced last week that they had finally unravelled it.

Meanwhile, reports of Chinese swine farmers breeding polar bear-sized pigs that evolve up to 500 kilograms (around 1,100 pounds) are growing, as the situation goes from bad to worse and the industry attempts to counteract the devastation wreaked by the currently incurable virus.

After a bout of swine fever decimated the hog population, farmers in China are breeding giant pigs to keep up with the country's demand for pork. #FutureXO #MeatlessFuture https://t.co/gk1SOJVVAm pic.twitter.com/JBkLo80xlw