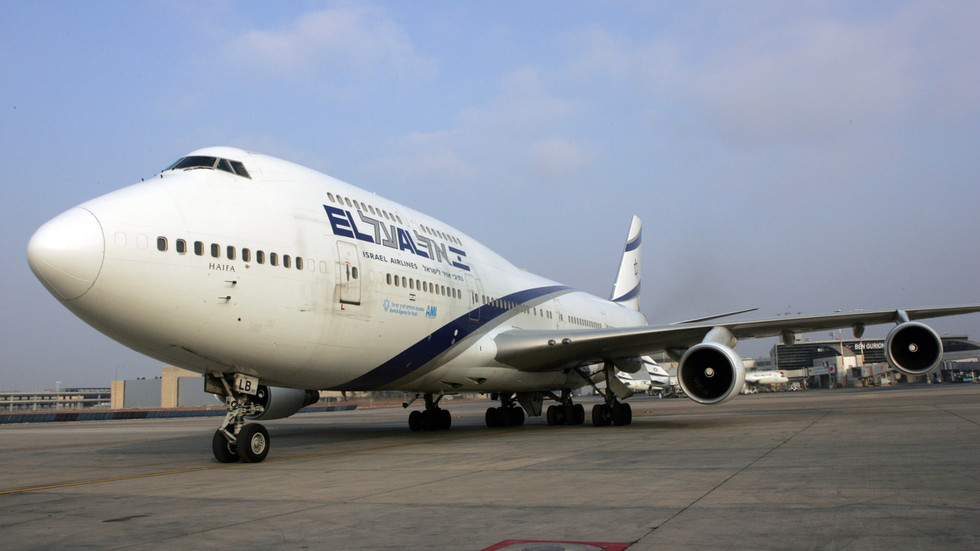 Israeli airline El Al laid on a fitting tribute Sunday to mark the end of its use of the huge Boeing 747 aircraft dubbed ‘queen of the skies’ by aviation fans, with the pilots tracing an enormous plane in the skies.

The impressively-detailed pattern was traced out as the aircraft headed from Rome to Tel Aviv on its last flight for El Al.

After 48 years, El Al is operating its final 747 service. About 2 hours into the flight from Rome to Tel Aviv the aircraft will draw a special tribute to the 747 in the sky southwest of Cyprus. Follow the flight live at https://t.co/AIn2ciGsSJ pic.twitter.com/NZmRUURorr

The aircraft, which is being retired by airlines around the world, holds a particularly special place in the history of El Al. The airline used the planes as a key element of Operation Solomon – a covert military operation which airlifted 14,500 Ethiopian Jews out of Addis Ababa and brought them to Israel in May 1990. Thirty-five flights made the journey over a 36-hour period.

One of the El Al flights even set a single-flight passenger load record, carrying 1,122 passengers. Israel undertook the sudden mass transit out of concerns for the safety of Ethiopian Jews amid political instability in the country.

The 747 is being replaced by newer and more efficient models such as the Boeing 787 or Airbus A380, though they don’t have the same passenger capacity.