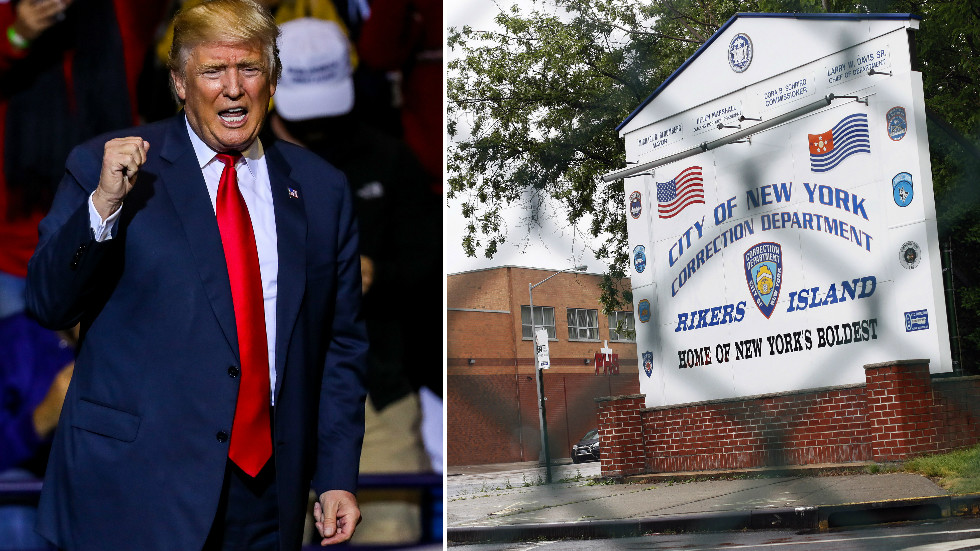 US President Donald Trump has joined a chorus of opposition to moves by New York leaders which will see hundreds of inmates being released from prison as early as next month.

The controversial law doesn’t officially come into force until 2020, but New York’s state court system indicated in recent days that it will begin to release prisoners next month to avoid a glut of cases when January rolls around.

New York City has estimated that around 880 prisoners will be eligible for release under the statute. Officials don’t yet know how many inmates will be released state-wide, as each county has to determine how many cases it has.

The move drew an enraged response from the New York native in the White House, with Trump tweeting on Tuesday that “radical left Dems are killing our cities”.

“So sad to see what is happening in New York where Governor Cuomo & Mayor de Blasio are letting out 900 Criminals, some hardened & bad, onto the sidewalks of our rapidly declining, because of them, city,” he said.

So sad to see what is happening in New York where Governor Cuomo & Mayor DeBlasio are letting out 900 Criminals, some hardened & bad, onto the sidewalks of our rapidly declining, because of them, city. The Radical Left Dems are killing our cities. NYPD Commissioner is resigning!

The lifelong New Yorker recently changed his primary residence from Manhattan to his exclusive Mar-a-Lago golf club in Florida.

The New York Post reported Monday that Mayor de Blasio plans to offer the former jailbirds tickets to baseball games, movie passes and gift cards as incentives to encourage them to return to court.

Unsurprisingly, the early release idea has sparked a storm of criticism, with New Yorkers being warned to brace themselves for a potential crime wave.

“Communities should brace themselves for the new reality that our state will be experiencing in coming months,’’ David Hoovler, president of the District Attorneys Association of the State of New York, said.

“Drug dealers, house burglars, serial drunk drivers and other lawbreakers will be immediately back on our streets to re-offend without any meaningful supervision.’’