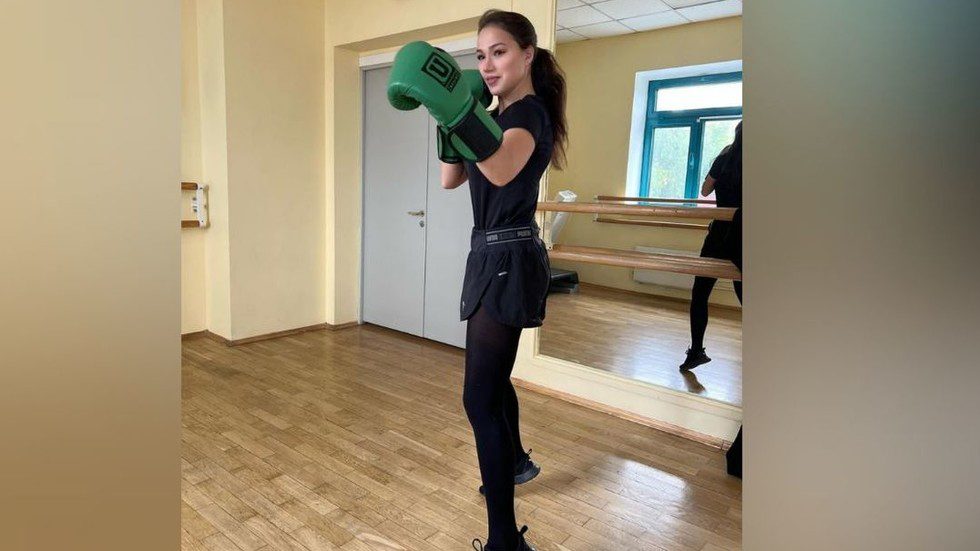 Alina Zagitova has hinted she might dabble in the boxing ring

Russian 2018 Winter Olympics figure skating gold medalist Alina Zagitova is set to swap the ice for the boxing ring, according to a report.

A source close to the organizers of the future event told R-Sport that the 20-year-old will take part in an exhibition bout with her opponent set to be revealed later.

This explains why Zagitova posted a photo of herself posing in green boxing gloves on Monday with the caption “getting ready for something new” to more than a million followers on Instagram.

If it comes off, the crossover will be the second in recent times from Russia’s female figure skating stars after Beijing 2022 silver medalist Alexandra Trusova tried her hand in under-20 junior long jump events during Athletics Week in Moscow earlier this month.

According to legendary skating coach Tatiana Tarasova, however, any potential foe has nothing to worry about when it comes to facing off against 2019 world champion Zagitova.

“So what, before Zagitova, no one took part in these fights?” an unimpressed Tarasova asked Sport24.

“Is she the first to participate in this show? Yes, Alina is a fragile girl and [also] takes part in boxing. So what? Why worry about her?”

Whetting the appetite further, Zagitova has posted videos on Telegram of herself doing padwork.

Former WBC cruiserweight champion Grigory Drozd was indifferent to the news, saying “honestly, I don’t care” before showing some concern for Zagitova to R-Sport.

“Alina is a sweet beautiful girl and a great athlete, she competes in figure skating, [which is] such a beautiful and gentle women’s sport, and I would not like to see her in boxing gloves,” he stated.

Drozd insisted that his worries are not about women taking part in boxing in general because girls who box seriously “choose their own path”.

“I’m very neutral about women’s boxing, but there are some girls who are really very good at it,” Drozd noted, though he did say they are “an exception” and “have nothing to do with exhibition fights”.

A voice of support came from sports commentator Dmitry Guberniev, who, somewhat lowering the tone, had a suggestion of opponent and even costume for Zagitova.

“Here everyone needs emotions, Zagitova is looking for them, I’m not at all surprised that she agreed to a boxing show fight,” he explained to R-Sport.

Guberniev suggested that Zagitova could take on Russian pop singer and media personality Olga Buzova, who he claims would make for a “very interesting” match-up.

“I’m counting on the maximum number of rounds and a bright fight in swimsuits,” Guberniev revealed.

More modest in his praise, Sambo-70 sports and education center president Renat Laishev said to Match TV that as Zagitova is a well-known figure skater, the switch between two dissimilar sports “will attract the attention of fans” of both.

“This is a symbiosis of beauty and strength, it will decorate the competition,” Laishev further remarked on the “showcase”.

“Everything will be done aesthetically and safely, beautifully. I don’t know who [she will] fight. But in any case, there will be a well-known and worthy opponent. Friendship will win this fight.”

Zagitova announced she would be taking a break from competitive action at the end of 2019, having triumphed at that year’s World Championships and winning gold at the 2018 PyeongChang Winter Olympics.

While still not formally declaring that she has retired, Zagitova has since focused on media work on Russian TV alongside her studies, as well as appearing on the ice at a series of exhibition shows.