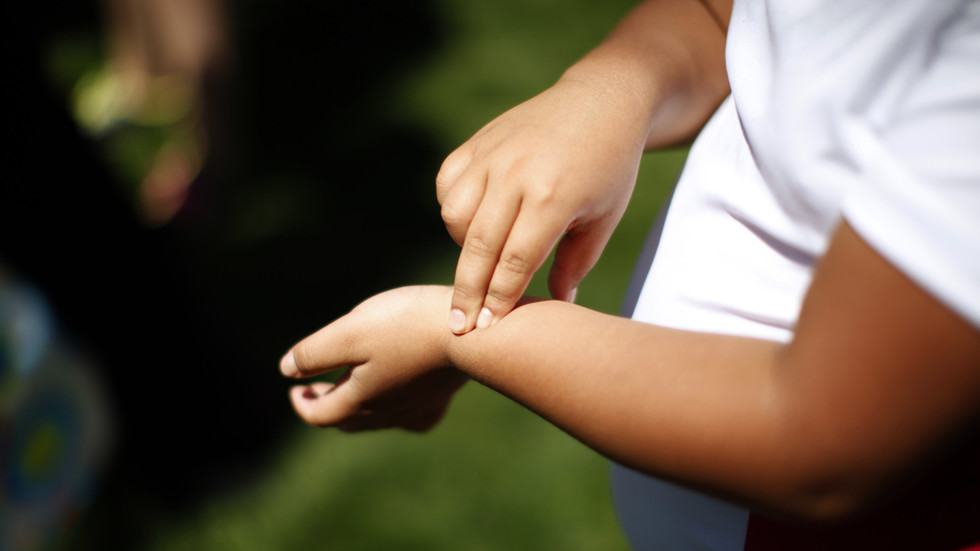 A recent proposal by US pediatricians to endorse bariatric treatments for children is raising concerns that it is driven primarily by financial interests. Critics say stomach surgeries won’t fix the root causes of the problem.

Almost 10 percent of children in the US aged 12-15 and 14 percent of those aged 16-19 are considered obese, according to the most recent data cited by the American Academy of Pediatrics (AAP), an Illinois-based professional association. Almost 4.5 million American adolescents are severely obese, double the number recorded in 1999, the AAP says.

To combat the problem, the AAP has published a new policy recently, recommending the use of bariatric surgeries as a safe therapy for childhood obesity. This was quickly endorsed by the American Society for Metabolic and Bariatric Surgery (ASMBS), and received favorable coverage in the mainstream media.

Evidence now points to bariatric surgery as a safe option for children & teens with severe obesity. @CNN reports on new AAP policy released at #AAP19 conference. A patient: "You have to do most of the work, and the surgery is just a little bit of help." https://t.co/KBHFR4XJx7

Matter of social justice, or money?

Ann O’Connor is a pediatric surgeon specializing in bariatric procedures for adolescents at the Ann & Robert H. Lurie Children’s Hospital of Chicago. She told CNN that the new policy is likely to encourage hesitant pediatricians to embrace bariatric surgery for their patients, so then “we can hopefully use this as leverage for insurance companies to actually approve and pay for these procedures.”

One study from 2015 calculated the cost of the surgery and accompanying care at north of $42,000, which is hardly pocket change. Health insurance companies are far more reluctant to approve surgeries for children than for adults. According to AAP data, insurance coverage was approved for only 47 percent of applicants under 18, compared to 85 percent of adults who qualified for the procedure.

Dr. Kirk Reichard, a bariatric surgeon at the Nemours/Alfred I. duPont Hospital for Children in Delaware and one of the authors of the AAP policy statement, has argued that expanding insurance access is basically a social justice issue, as obesity in children disproportionately “affects racial and ethnic minorities, and the economically disadvantaged, especially for girls.”

While surgery is costlier than other treatments in the short term, and data on the long-term effectiveness in adolescents is limited, several studies suggest that the treatment could become cost-effective within five years of the operation, the AAP paper said.

Treating the root causes – or not

US doctors have a reputation for preferring surgical solutions far more than their colleagues around the globe, possibly because surgeries are cut and dry compared to less invasive treatments, and therefore much easier to bill and present as effective therapies.

On the other hand, the cost of healthcare in the US has skyrocketed, with Americans paying an estimated $3.65 trillion in 2018, according to government data. Critics of AAP’s recommendations suggest childhood obesity ought to be treated with lifestyle changes and counseling, rather than removing most of the stomach from a still-growing human being.

“I don’t approve of that type of surgery, especially since they don’t address the root causes of this obesity,” Dr. Dietrich Wittel, a Canadian physician, told RT. “It is very typical for the North American so-called high-tech medical approach, where nutrition always takes a back seat.”

Losing weight is not just a function of eating less, but of what one eats as well as physical activity. With cars dominating cities and countryside alike, North American children hardly walk anywhere, and are surrounded by cheap junk food options at home and in school, Dr. Wittel added.

“When a child has an eating disorder issue, that’s not just about food,” Dr. Lisa Palmer, a Florida-based psychologist, told RT. Long-term success of any treatment looks at what’s causing the problem, she added, and in many cases people who undergo these surgeries continue to eat the wrong things, just perforce in fewer quantities.

I don’t think that performing these types of surgeries is really good for anyone in the long run, unless they’re incredibly obese and they’ve tried every other avenue possible.

Dr. Steven Gundry was a renowned heart surgeon before becoming a nutritionist in 2002. He has treated many patients who had the bariatric procedure only to gain back the weight. Most were never told they would have to spend the rest of their lives taking supplements and otherwise compensating for having bariatric surgery.

“This is absolutely the wrong way to treat obesity,” Gundry told RT. “You can’t fix a behavior with surgery.”

Nutrition is a sore subject in the US, where physicians still think in terms of “calories in, calories out” and swear by the “food pyramid” put forth by Harvard experts decades ago, urging Americans to eat more carbohydrates while avoiding meat and fats.

Battle of the bulge

A recent international study finding that health dangers of red meat have been greatly exaggerated has infuriated both Harvard-leaning nutritionists, as well as public health officials, who bemoaned the effect this would have on their efforts to ban meat for the sake of the environment.

Whether due to misguided nutrition advice, lifestyle choices or something else altogether, over 70 percent of Americans were considered overweight or obese by 2016. The number of bariatric surgeries has risen in recent years as well, from 115,000 in 2011 to 228,000 in 2017, according to ASMBS statistics.

Vertical sleeve gastrectomy (VSG), or removal of up to 80 percent of a person’s stomach, accounts for 60 percent of the procedures now.

Literally gutting an adult is one thing. Irreversibly surgically altering an adolescent is something else altogether. Surgeons might be fine with addressing just the quantity of food consumed, without any thought to its quality – but that hardly sounds like a general recipe for success.