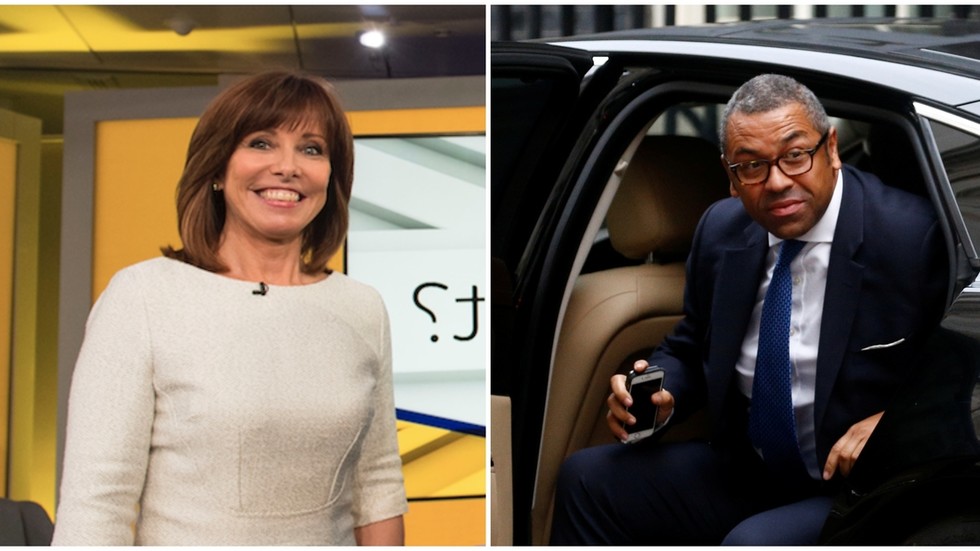 Sky News anchor Kay Burley spent three minutes raging at an empty chair on her breakfast show after Tory Chairman James Cleverly refused to come on air, despite the fact that he was, she claims, standing only feet away.

A “fuming” Burley opened the segment telling viewers that the empty chair in the studio was “supposed to be filled” by the Conservative Party chairman. Alas, Cleverly was nowhere to be seen.

“I can’t tell you how cross I am,” Burley said, claiming that Cleverly was “probably 15 feet away from where I’m standing” and that he had claimed he “wasn’t due” to speak with her, despite assurances from Downing Street that he would. She even said she had spoken to Cleverly during the commercial break.

Instead of moving swiftly on, however, Burley decided to share with viewers all the questions she would have asked the chairman had he appeared.

The anchor said she wanted to ask about Prime Minister Boris Johnson comparing Labour leader Jeremy Corbyn to Joseph Stalin, and “whether it was a good idea” for the Conservatives to “defend billionaires” at the beginning of an election campaign.

She also wanted to know “why on Earth” Jacob Rees Mogg was still a member of the PM’s cabinet after insensitive comments the Commons leader made suggesting that victims of the Grenfell fire didn’t show “common sense” when they obeyed advice to stay in the burning building.

Cleverly later defended himself, saying that he wasn’t booked on Burley’s show, despite her claims – and that he was doing a talkRADIO show with conservative host Julia Hartley-Brewer at the time. In a tweet, he said that while he is “good at multitasking” he can’t “be in two studios at once.”

To all (including "Guido"), excitedly pointing out @JamesCleverly was on @talkRADIO when @KayBurley empty-chaired him, he wasn't. According to their tweet he was "coming up next" half an hour AFTER Burley and was doing it down the line from Millbank, where Burley broadcasts from. pic.twitter.com/QTHBLroKAf

Yet, some eagle-eyed Twitter users noticed that Cleverly was not actually on talkRADIO when Burley was ranting at the empty chair, as he claimed, and that his radio interview was half an hour later.