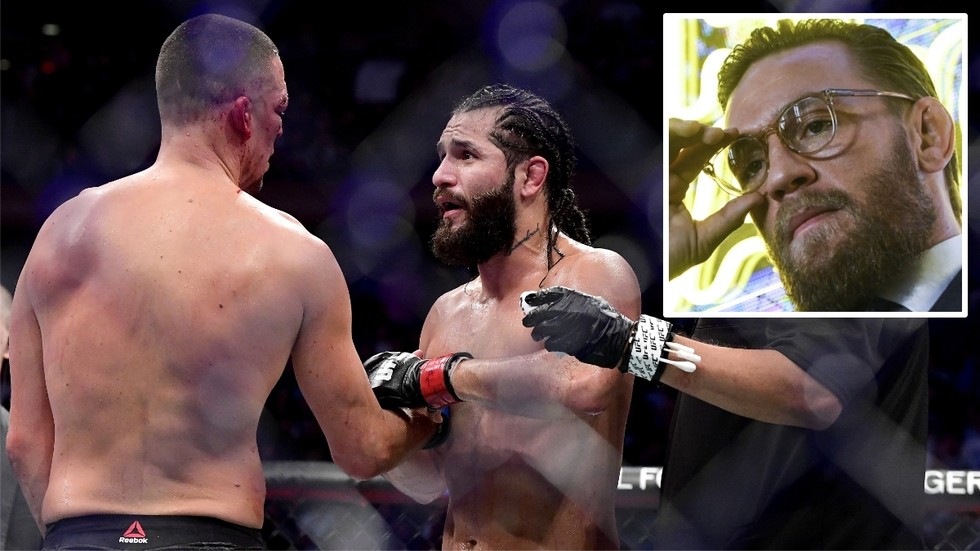 Conor McGregor had it all planned out. He’d get a win on his UFC return on January 18, then take on the winner of UFC 244’s “BMF” title fight. But that plan may have to be put on hold after an anticlimactic finish to the big bout.

It was a huge night. The fight was for the “BMF” belt that was carried into the arena by none other than “The Rock”. The president of the United States himself, Donald Trump, was in attendance.

Even the world championship boxing match between Saul “Canelo” Alvarez and Sergei Kovalev was put on hold until UFC 244 had reached its conclusion. Remarkably, the MGM Grand even managed to strike a quickfire deal with ESPN to screen the UFC main event fight in the arena for the boxing fans to watch in the meantime.

And when the action got underway, the fight lived up to the hype. Masvidal and Diaz threw down in typical fashion and served up three rounds of MMA gold at Madison Square Garden before the cageside doctor interjected himself into the narrative and called a stop to the action just before the start of the fourth round.

It meant Masvidal picked up the TKO victory, and the “BMF” belt, but it left the fans feeling a little short changed. Now the clamor is there for a rematch, and Masvidal laid the table for exactly that in his post-fight interview when he told the fans: “We’re running it back!”

🗣️ "We're going to run it back."@GamebredFighter promises to be a fighting #BMF champion! #UFC244 pic.twitter.com/a4EmNaGgwr

If the UFC’s brass agrees – and, given the commercial success of this event, they probably will – it means we’ll see Masvidal and Diaz do it all over again in 2020. And, given the need for Diaz to heal up his cuts, which were significant, it probably means they won’t face off again until late spring or early summer, at the earliest.

That throws a spanner in the works of McGregor’s plans to face the winner, and means that “The Notorious” may have to sit tight and wait for Masvidal and Diaz to dance again before he gets an opportunity to face the victor.

And while that might be a touch frustrating for “The Notorious”, it might turn out to be more lucrative. A rematch with Diaz would be huge, regardless. But Masvidal appeared to be well on his way to an unassisted victory before the doctor’s intervention, and another impressive display in the rematch will only grow his star even further.

It means that whoever wins that return bout will be an even bigger draw as a McGregor opponent in late 2020, and perhaps a return to the scene of tonight’s fight at Madison Square Garden could be on the cards for Conor against the winner of the rematch.

They say good things come to those who wait, and if Conor really wants to prove he’s the UFC’s true “BMF”, he might have to do just that.