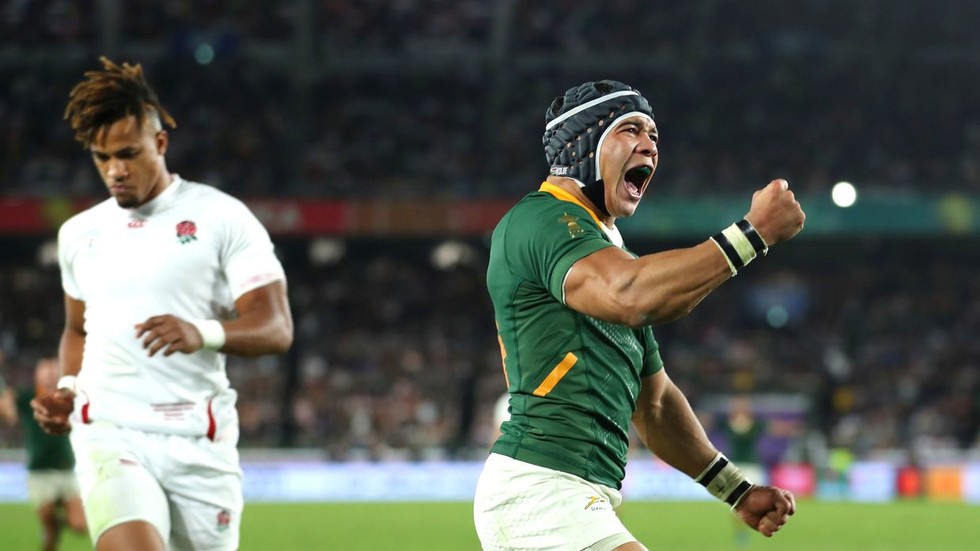 South Africa won their third Rugby World Cup title as they stunned England 32-12 in the final at Yokohama Stadium in Japan.

England headed into the match as favorites with many after their destruction of defending champions New Zealand in the semi-final, but ran into a South African juggernaut in Tokyo.

The South Africans edged a fraught first 60 minutes of action thanks to the boot of Handre Pollard, who kicked six penalties, but cut clear with tries from Makazole Mapimpi and Cheslin Kolbe.

Owen Farrell registered four penalties for England but it was a nervy, error-strewn display from Eddie Jones’ team as they again suffered a final defeat to South Africa, just as they did when the pair met in Paris back in 2007.

South Africa had edged past Wales in their semi-final in Japan, but Rassie Erasmus’ team appeared to cope much better with big occasion in Tokyo as they established a lead early in the game through an early Pollard penalty and then secured dominance through their mighty pack.

South Africa’s win adds to their Web Ellis Trophy victories in 1995 on home soil and in France in 2007.