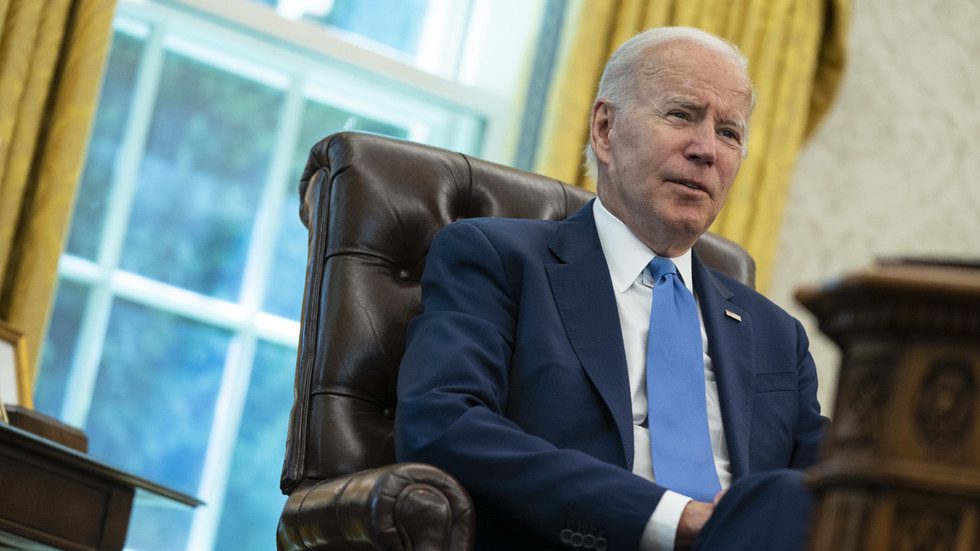 US President Joe Biden said he was “deeply disappointed” after the Supreme Court ruled that Americans can carry firearms in public without proving a special need to do so, in a decision which struck down a century-old New York law.

Commenting after the court voted 6-3 to do away with the firearms provision on Thursday, Biden argued the justices had scrapped an important law which allowed the New York state government to “protect its citizens.”

“This ruling contradicts both common sense and the Constitution, and should deeply trouble us all,” he wrote, insisting “we must do more as a society – not less – to protect our fellow Americans” in light of recent mass shootings in New York and Texas.

Passed in 1911, the law in question required New Yorkers to prove they had a “proper cause” to carry a concealed firearm outside their own property. In the majority Supreme Court opinion striking down the measure, however, Justice Clarence Thomas said the right to bear arms is guaranteed under the US Constitution and must not be treated as a “second-class” privilege.

“The constitutional right to bear arms in public for self-defense is not ‘second-class right subject to an entirely different body of rules than the other Bill of Rights guarantees,’” he wrote. “We know of no other constitutional right that an individual may exercise only after demonstrating to government officers some special need.”

Though the latest case challenged a New York law, the decision clears the way for additional suits against similar restrictions in several other states, including Massachusetts, Maryland, New Jersey and California.

Thursday’s ruling came amid renewed debate over gun control measures following the pair of mass shootings in recent months, as the House and Senate both advance legislation that would strengthen background checks and impose a number of other restrictions on gun owners and those looking to purchase firearms.

Biden went on to urge states to “enact and enforce commonsense laws to make their citizens and communities safer from gun violence,” arguing that the “Second Amendment is not absolute.”

“For centuries, states have regulated who may purchase or possess weapons, the types of weapons they may use, and the places they may carry those weapons. And the courts have upheld these regulations,” he continued.

A dissenting opinion signed by liberal Justices Sonia Sotomayor, Stephen Breyer, and Elena Kagan echoed the president’s sentiments, stating that the court has found it “often necessary” to consider “the serious dangers and consequences of gun violence” when ruling on Second Amendment issues, also maintaining the New York law did not violate the Constitution.