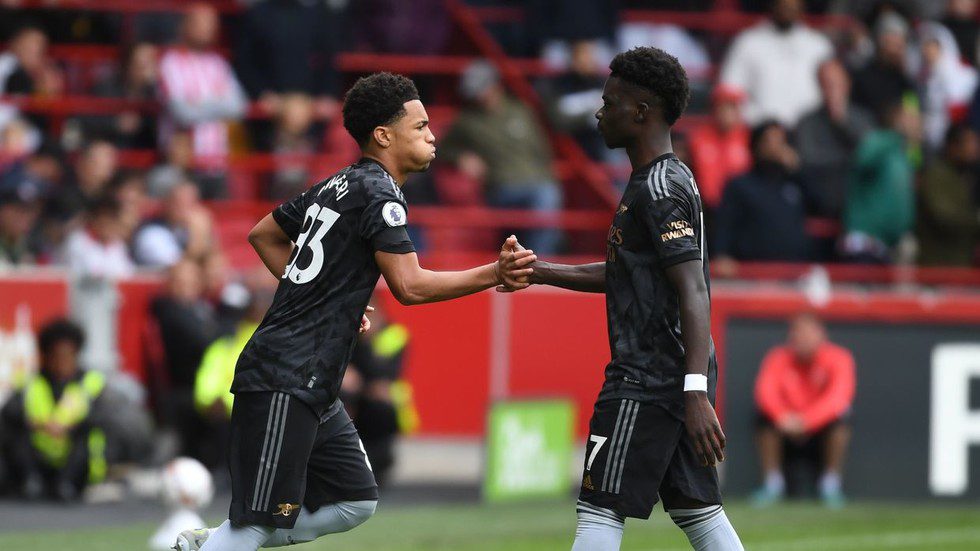 Ethan Nwaneri made history on his Arsenal debut on Sunday

Arsenal’s 15-year-old attacking midfielder Ethan Nwaneri became the youngest-ever player in Premier League history on Sunday when he was brought off the bench by the North Londoners in their 3-0 win over Brentford.

Nwaneri replaced Fabio Vieira in the dying moments of the victory that elevated the Gunners back to the summit of the English top-flight table, and in turn surpassed Liverpool’s Harvey Elliott in the record books.

While still plying his trade for Fulham in 2019, Elliot was 16 years and 30 days old on his senior debut and therefore broke the record previously held by another Fulham academy product, Matthew Briggs, for almost 12 years.

On May 13, 2007, Briggs was 16 years and 65 days old when he starred for the West Londoners in a match away at Middlesbrough.

Ethan Nwaneri becomes the youngest player ever to play in the Premier League at 15 years and 181 days old 🤯 pic.twitter.com/pQtBmT6SSE

Born on March 21, 2007 in England to Nigerian parents, Nwaneri is now the new holder of the record at 15 years and 181 days old after Mikel Arteta gave him a run out.

Nwaneri’s feat comes after Northern Irish schoolboy Christopher Atherton, at 13 years and 329 days old, became the youngest ever senior footballer in the United Kingdom when he featured for Glenavon against Dollingstown in a League Cup win.

Explaining the circumstances that led to Nwaneri’s debut, Arteta said: “We have the opportunities to bring young players on.

“We are pretty short and opportunities come when issues arise,” the Spaniard added, on an afternoon during which his charges ended top of the pile after Manchester City and North London rivals Tottenham won their matches on Saturday.

On Thursday evening, the winger was perceived to have received racial abuse when a leading football agent, Pedro Bravo, advised him to “stop playing the monkey” by samba dancing after scoring on the El Chiringuito de Jugones program on Spanish television.