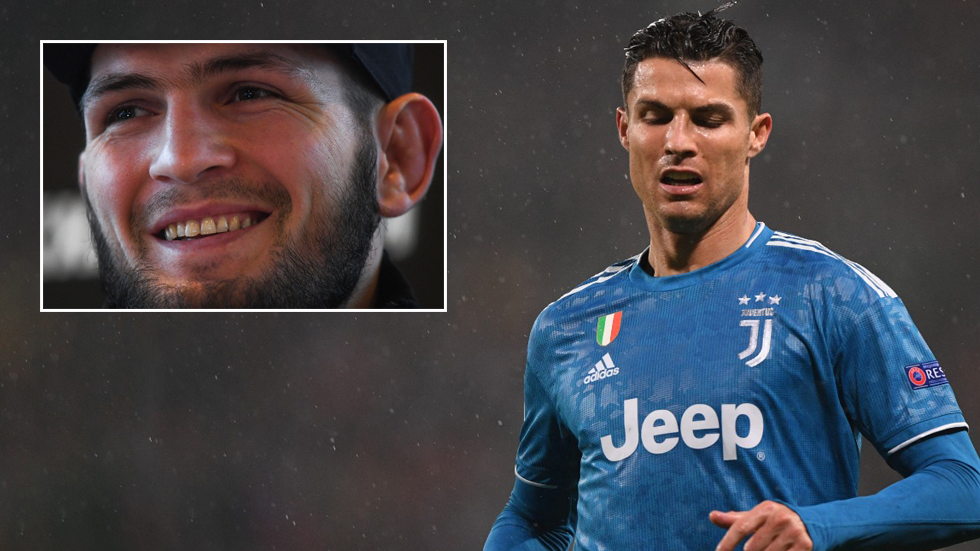 Lightweight king Khabib was guest of honor at Lokomotiv Arena of Wednesday when Juventus sealed a 2-1 win in the 93rd minute despite a spirited effort from the home side. The three points aso sealed their progression to the tournament knockout stages.

Khabib’s friend and Juventus superstar Cristiano Ronaldo failed to get his name on the scoresheet but only by a matter of millimeters. Ronaldo’s fourth-minute free kick was spilled through his own legs by goalkeeper Guilherme and the ball looked to be goalbound when Aaron Ramsey stabbed home from the goal line.

Ronaldo was mercilessly ribbed on social media when fans accused Ramsey of ‘stealing’ his goal, which would have made the 34-year-old the first player to score against 34 Champions League teams, one ahead of rival Lionel Messi.

The ‘Dagestani Eagle’ has a known friendship with the five-time world’s best player dating back to his days at Real Madrid, Khabib’s favorite team. But when asked his impressions of the game after the final whistle, Khabib laughed: “[Ronaldo] had three chances but didn’t score. And thank God he didn’t score!” Sport 24 reported.

“If I’m honest Lokomotiv impressed me. I didn’t know they were that good. Honestly I have to admit it was a really good game,” the 31-year-old added.

Lokomotiv nevertheless equalized just eight minutes after Ramsey’s opener through Aleksei Miranchuk, the scorer in Loko’s heroic 2-1 loss in Turin just two weeks earlier. The two sides were level at half time, when Khabib was presented to fans on a big screen.

Ronaldo was subsituted on 82 minutes, meaning he failed to find the net in two matches against Loko. But just as Lokomotiv thought they might have salvaged a point from the game, Douglas Costa produced a fantastic solo effort to dribble in from the left and slot home a winner after playing a one-two with Gonzalo Higuain to break Loko hearts.

Khabib is in town for UFC Fight Night 163 in Moscow at the weekend, headlined by fellow Dagestani fighter Zabit Magomedsharipov versus Calbin Kattar at CSKA Arena on Saturday.

The Makhachkala man has made a habit of visiting Champions League games recently, being spotted in the crowd at a meeting of two of his favored sides Galatasaray as they hosted Real last month. He was also present at PSG versus Liverpool last year not long after his win over Conor McGregor.

Irishman McGregor, Khabib’s nemesis, was spotted in the stands watching Lokomotiv’s rivals CSKA Moscow in their match against Hungarian side Ferencvaros in the Europa League last month being photographed waving at fans with a red and blue scarf.

The two have something of a Russian footballing rivalry dating back to when McGregor was a guest of Russian president Vladimir Putin at the Russia 2018 World Cup final, while an invitation evaded home favorite Khabib.