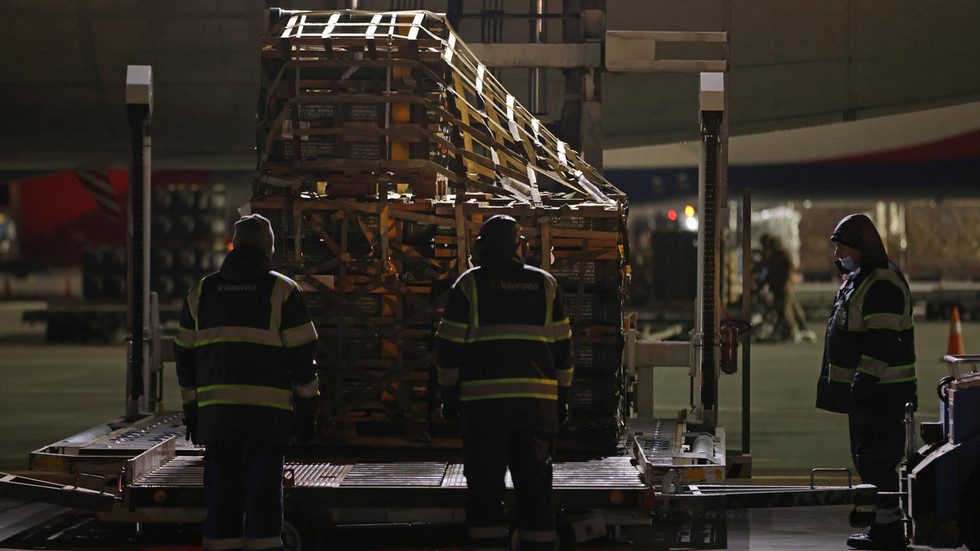 FM Dmitry Kuleba said that “everything is happening behind the scenes”

Certain nations are actually providing military aid to Kiev despite publicly denying doing so, Foreign Minister Dmitry Kuleba revealed on Friday. In such cases, the arms are delivered through Ukraine’s partners, the top diplomat said.

Kuleba made the remarks in an interview with France’s Le Parisien newspaper.

“Most of these third countries publicly say that they do not supply anything, but everything is happening behind the scenes,” he said without going into specifics about which nations are purportedly secretly bolstering Kiev during its conflict with Moscow.

Kuleba’s comments come amid mounting reports that Ukraine’s backers, including a number of NATO countries, are experiencing shortages of weaponry due to their continuous support for Kiev.

According to a recent piece by the New York Times, for instance, only “larger” NATO allies, such as France, Germany, Italy, and the Netherlands, still retain the capability to maintain or even potentially increase weapon shipments to Ukraine.

“Smaller countries have exhausted their potential,” a NATO official told the newspaper, adding that at least 20 of the bloc’s 30 members are “pretty tapped out” already.

Since the beginning of the conflict in Ukraine in late February, the US and its Western allies have showered Kiev with billions of dollars in military aid. Moscow has repeatedly warned the West against “pumping” Ukraine with weaponry, stating that it would only prolong the conflict rather than change its outcome, and would also increase the risks of a direct collision between Russia and the US-led military bloc.

This autumn, four formerly Ukrainian territories, the Donetsk and Lugansk People’s Republics, as well as Kherson and Zaporozhye Regions, were incorporated into Russia following referendums.