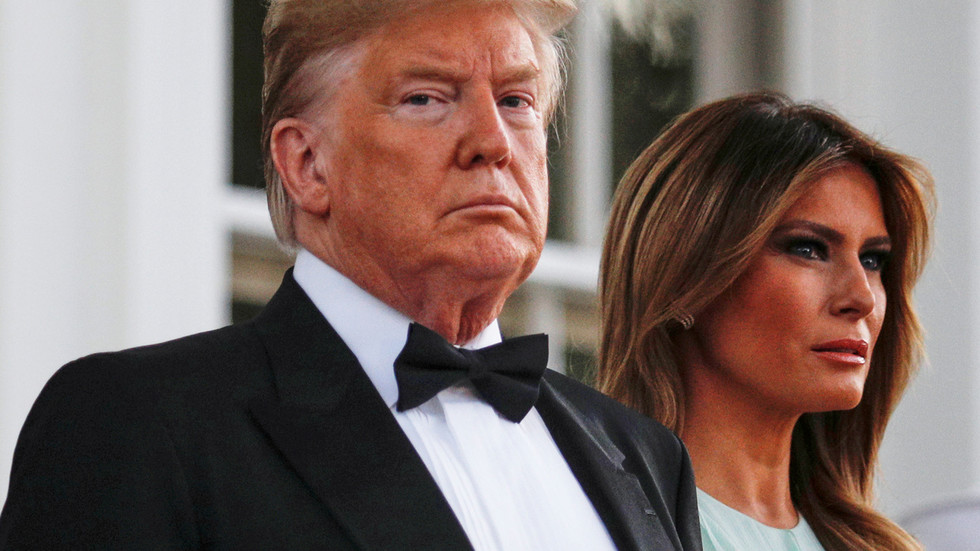 US President Donald Trump has, apparently, confirmed that his wife Melania would not be moved to tears if he happened to get shot – and Twitter has quickly taken it as a window into the first couple’s much-discussed marriage.

Speaking to a Republican audience at a private fundraiser at the Trump Hotel in Washington on Tuesday, Trump brought up the 2017 shooting of House minority whip Steve Scalise.

Trump recalled that, when he visited Scalise in hospital, the politician’s wife had “cried her eyes out” – a reaction he would not, apparently, expect from Melania – or most wives, for that matter.

I mean, not many wives would react that way to tragedy, I know mine wouldn’t

Maybe Trump has just been unlucky in love?

Trump says after Rep. Steve Scalise got shot his wife 'cried her eyes out', joking 'not many wives would react that way … I know mine wouldn't' https://t.co/sXWVbv1ZUT pic.twitter.com/CSioGdj051

The president also joked that he would not recommend being shot as a good way to lose weight – a reference to his comments at the time that Scalise being critically wounded was a “hell of a way to lose weight.”

At a private fundraiser last night, Trump talked about meeting Steve Scalise’s wife after he was shot: she “cried her eyes out when I met her at the hospital that fateful day … I mean not many wives would react that way to tragedy, I know mine wouldn't.” pic.twitter.com/RNbBq52klv

“Finally Trump says something that everyone finds credible,” one person wrote. “Disturbingly insightful,” wrote another.

There was also plenty of dark humor to go around.

Other’s just steered clear of the whole thing, hoping to avoid any kind of visit from the Secret Service.

This may be the one time in his life he told the truth.

I'm going to leave that comment alone. I don't want the SECRET SERVICE at my door.

Yet, one person took what was perhaps the lowest blow of all, writing: “Melania would cry if Justin Trudeau was shot…just sayin.”