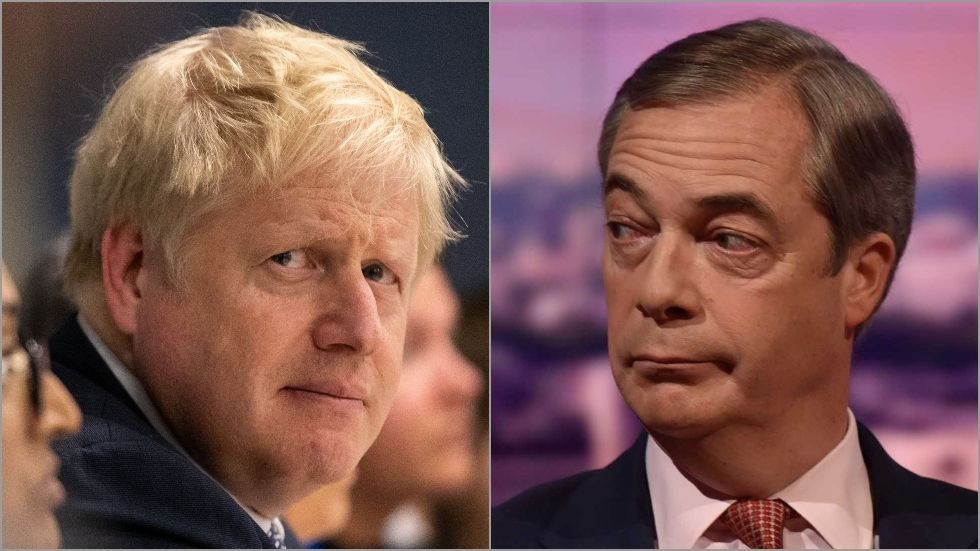 British PM Boris Johnson and Brexit Party leader Nigel Farage may not want join forces ahead of upcoming elections, but US President Donald Trump thinks they should, wading into UK politics once again.

“I like them both,” Trump replied when asked who of the two British political figures he supported. However, Trump said that he believed that PM Johnson really had what was needed to lead the UK during its partition with the European Union.

“Look, I think Boris is the right man for the time. He’s really for the times, he’s a great gentleman, he’s a wonderful guy, he’s tough, he’s smart and I think he’s going to do something,” he said.

Brexit must be well-thought-out and structured, so that economic ties between London and Washington could be preserved and expanded, the president warned, because US could “ do much more business (than the) European Union.”

“So I think Boris will get it right,” Trump reiterated, adding that “they’re both friends of mine, what I would like to see is for Nigel and Boris to come together. I think that’s a possibility.”

But Johnson and Farage currently seem quite far from forming an alliance, even though the Brexit party leader offered the Prime Minister his support under condition he scrapped his deal with EU, saying together they will be “unstoppable force.” Johnson refused. Farage announced  earlier on Sunday that he would not be running in the snap parliamentary election in the UK on December 12 in order to fully focus on campaigning against the PM’s Brexit deal with Brussels.