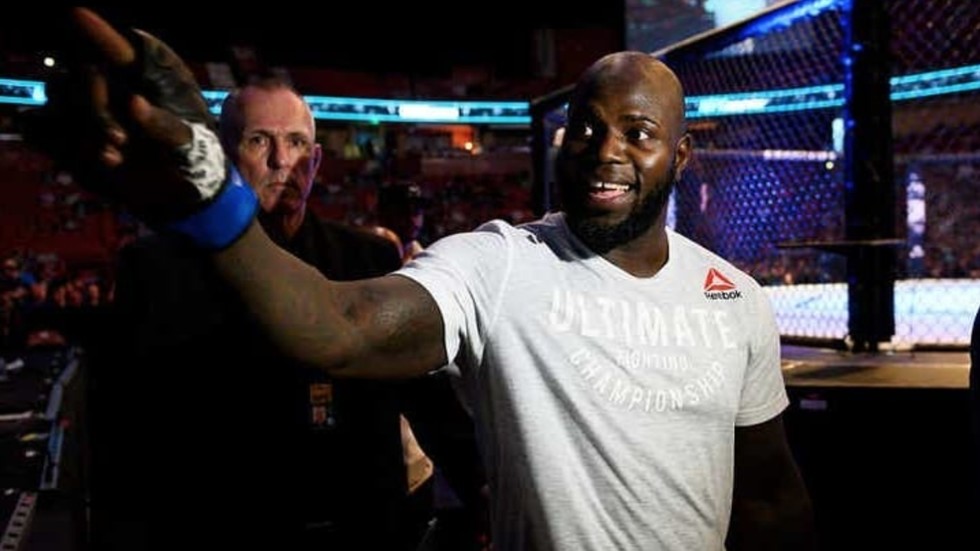 The Dutchman, who holds 76 wins and 64 knockouts as a professional kickboxer, has made an undefeated start to life in mixed martial arts, and extended his perfect professional record to 9-0 with the biggest win of his MMA career.

Rozenstruik wasted no time as he went straight for Arlovski right from the start of their preliminary card opener and landed big shots almost immediately as he backed the former champion against the cage.

After shipping some heavy punches, Arlovski smartly managed to move away from the fence but, as he came forward looking to throw shots of his own, Rozenstruik smartly stepped back to create space and connected with a perfectly-placed left hand, which landed behind the Belarusian’s ear, sending him crashing face-first into the canvas.

Jairzinho Rozenstruik knocks the legendary Andrei Arlovski out in 29 seconds!

What a start to #UFC244 card on BT Sport 1 HD! 🙌 pic.twitter.com/ShsvAAXIqs

It was a stunning, sudden finish as Rozenstruik announced himself as a serious threat to the big names at the top of the UFC’s heavyweight division.

“It was my biggest fight and definitely the biggest win of my career,” he said after the fight.

“It means a lot to me. Of course, if you have a win over Arlovski, who is a legend, it’s huge. I showed that I am at that level and I hope to one day accomplish all of the things he has done in his career.

“Fighting here at Madison Square Garden is my dream, I’m finally here, it feels like I’m in a movie. I saw all of these things when I was a child and now I’m in here, I’m doing it and I did it. It was a moment for me, even when I was done and standing in there, I made it already.

“Now I got the win and I feel even better. Now on to the next one. For sure I want another one for this year, if it’s open for me, I’ll go in right away.”