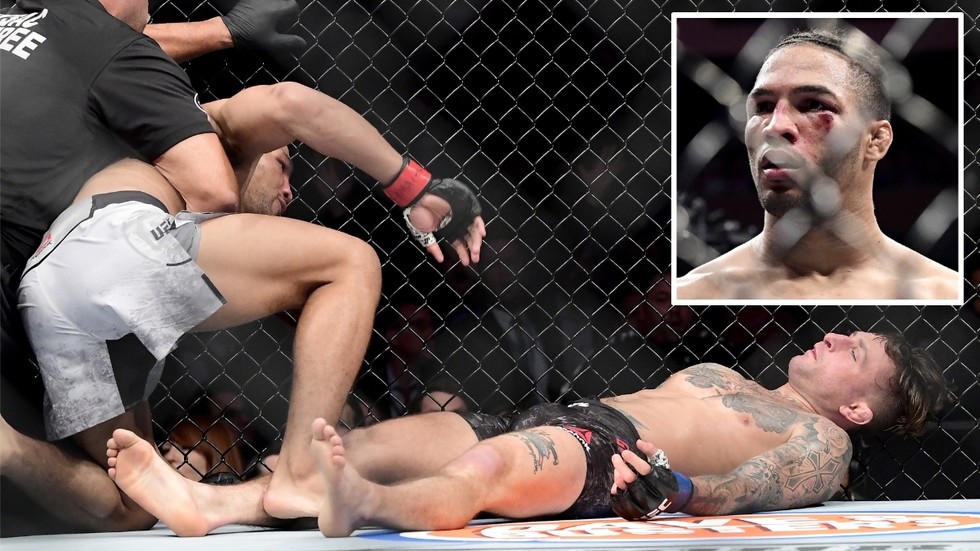 UFC lightweight contender Kevin Lee returned to 155 pounds after a spell at welterweight and scored the best win of his career, knocking out undefeated Gregor Gillespie with a massive head-kick at UFC 244 in New York.

Lee and Gillespie both have solid collegiate wrestling backgrounds, but it was the undefeated Gillespie who many believed had the advantage on the ground. And Lee started out looking like a man keen to keep the fight standing as he deployed a low stance to defend potential takedowns.

It meant both men ended up standing and striking with each other, as they traded solid jabs and boxing combinations through the opening two minutes.

But it was Lee who made the big breakthrough with one of the most spectacular finishes of the year as he connected with a solid right hand, then a huge left high kick that connected flush to Gillespie’s chin, knocking him out instantly.

It drew huge gasps from the Madison Square Garden crowd as Lee scored the 18th win of his MMA career in the most spectacular way possible.