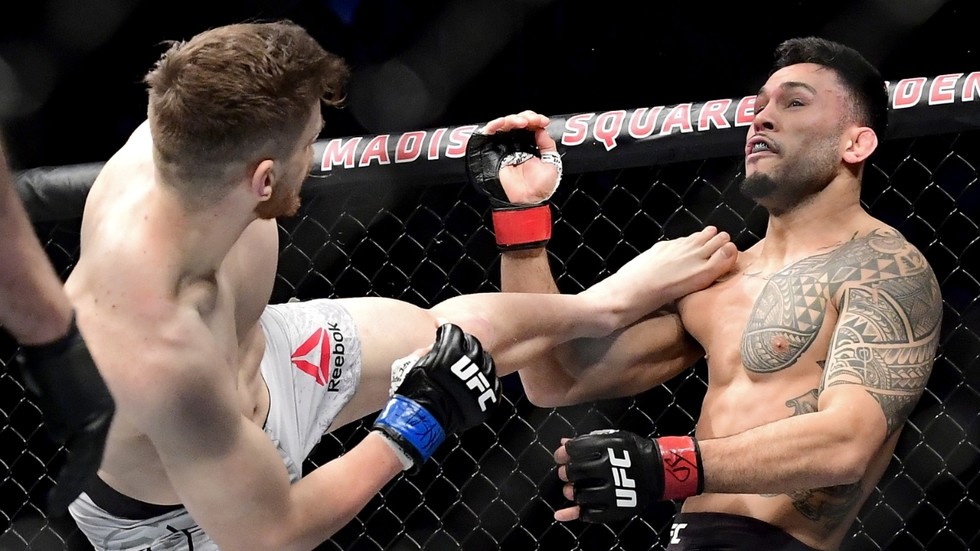 Shahbazyan is coached by the man who famously coached Ronda Rousey, Edmund Tarverdyan, and showed his elite-level striking as he demolished Tavares in just two minutes, 27 seconds at Madison Square Garden.

Shahbazyan hurt Tavares with punches early on and swarmed his man looking to claim the early finish. But Tavares is known for his remarkable durability, and he managed to weather the early storm and get back to his feet.

But it proved to be only a temporary reprieve for Tavares, as Shahbazyan kept his composure, and kept landing strikes as he refused to allow the veteran to gain a foothold in the contest.

And, with his man hurt again and backed up against the cage, Shahbazyan threw a light left jab, followed by a perfectly-placed left high kick that sent his man down to the canvas for a huge knockout.

Believe the hype…@EdmenShahbazyan has ARRIVED! #UFC244

EDMEN SHAHBAZYAN IS FOR REAL!@EdmenShahbazyan stops Tavares in round 1! Wow! #UFC244 pic.twitter.com/qC8mSnM4JD

After the fight, Shahbazyan called for a shot at Top 10 opposition in the UFC’s middleweight division as he declared himself as the next new contender at 185 pounds.

“Definitely on paper, Brad was the biggest test of my career, but you know I’m the new breed of MMA, I’m coming for that belt man, I want to be the youngest champion ever,” he said.

“It’s all about me staying in the gym and continuing to grow and evolve as a fighter. I never take time off from the gym, even after a fight, I’ll take a week off and then I’m back constantly growing and improving.

“I believe I showed a part of my game that people didn’t know, I have striking, so I wanted to showcase this in the fight.

“I believe this puts me in the top 10 of the division, or at least fighting those guys. I like fighting every three to four months and staying active, so something early next year sounds perfect, we’ll see what happens.”