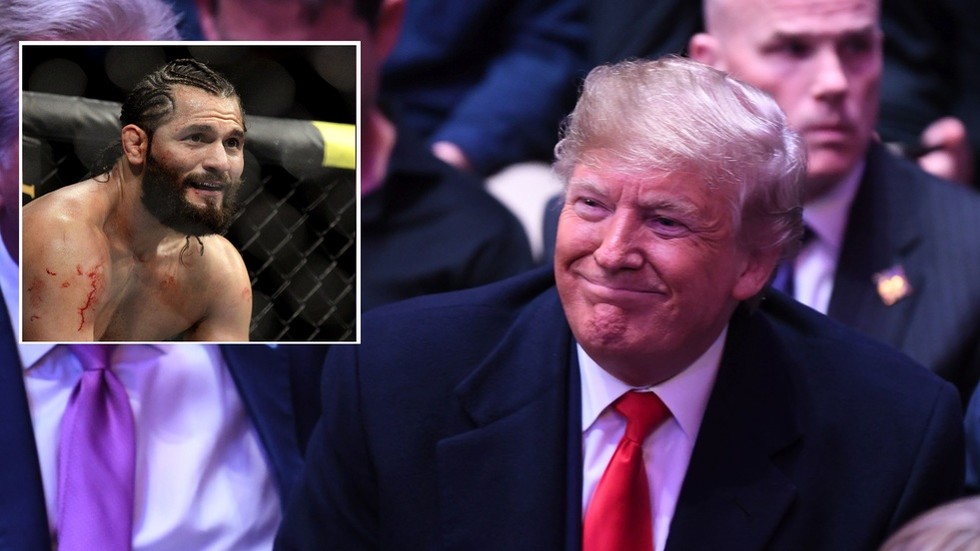 Donald Trump has tweeted his congratulations to Jorge Masvidal after the US leader saw the fighter crowned the UFC’s ‘Baddest Motherf*cker’ in New York City on Saturday night.

Trump was in attendance at Madison Square Garden for UFC 244, which was headlined by the inaugural ‘BMF’ title fight between Masvidal and fellow MMA cult hero Nate Diaz.

Diaz was stopped by doctors from heading out for the fourth round due to a nasty gash above his right eye, handing Masvidal victory in an anticlimactic end to a bout he had nonetheless dominated.

Trump, who had been met with a mixture of cheers and boos when he made his entrance to Madison Square Garden for the event, as well as protests outside, later tweeted his congratulations to Masvidal.

“Great fight Champ!” the US leader tweeted to his 66.5 million followers, also sharing an interview with Masvidal from before the fight in which he had referred to Trump himself as “a bad motherf*cker.”

Trump is a long-time associate of UFC boss Dana White, who praised the president on his visit to UFC 244.

“The guy told me as a friend he was coming to see the fights, and he did tonight, and I appreciate him, and it was a big night for the sport,” White said.

He has also praised Trump for his early support for the promotion, suggesting it would not be where it is today without him.

UFC president Dana White has praised Trump for backing the UFC early on—including agreeing to host fights at his venues and watching from the front row. “Nobody took us seriously. Nobody. Except Donald Trump. Donald was the first guy to recognize the potential we saw in the UFC”

The nature of the result in New York has led to calls for a rematch between Masvidal and Diaz, which the former immediately signalled he would be open to.

Masvidal, 34, also dismissed any idea that former two-weight champion Conor McGregor could be a threat to him, branding the Irishman a “midget” and vowing to “f*ck him up” if they ever met in the octagon.

McGregor used a recent trip to Moscow to outline his plans to face the winner of the Diaz-Masvidal bout in a three-fight comeback next year.