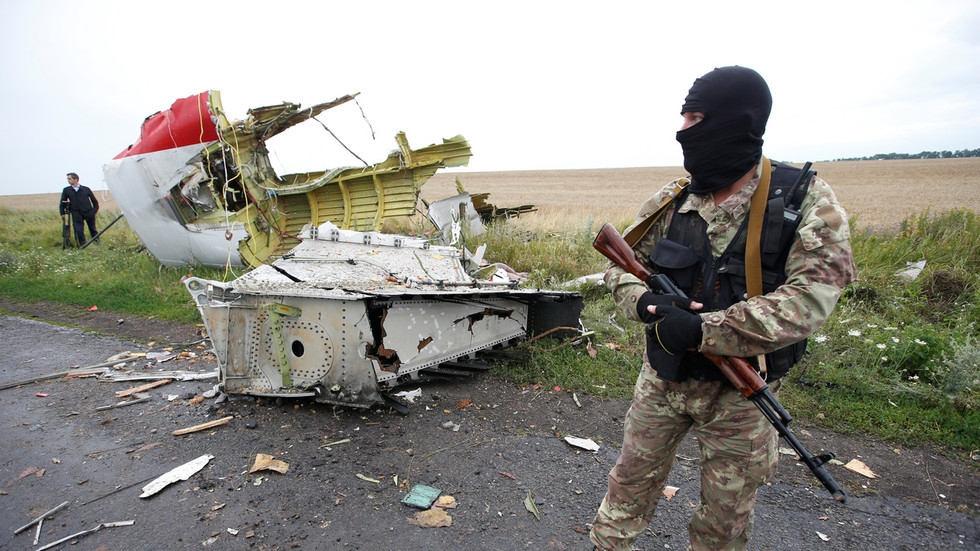 The man that Ukraine claimed to be a major witness in the probe on the downing of Malaysian flight MH17 has unveiled chilling details of his abduction by Kiev and ‘good cop, bad cop’ tactics used against him in jail.

Vladimir Tsemakh is a former Ukrainian anti-Kiev fighter. He made international headlines in June after Ukrainian special services kidnapped him from the rebel-held territory in the east of the country, in what was described as a major success for Kiev. The 58-year-old, it was claimed, had first-hand knowledge about the circumstances of the 2014 downing of Malaysian Airlines flight MH17, so his testimony will be crucial for prosecuting the culprits.

He was released and sent to Russia in September as part of a prisoner swap. Ukraine says the responsibility for the deaths of 298 people in the MH17 downing falls on the anti-Kiev forces and by extension Russia, an allegation that they deny. In an interview with RIA Novosti’s Kirill Vyshinsky – who himself was released in the same exchange – Tsemakh explained how he was almost killed during the abduction and what he was offered in a Ukrainian jail.

Tsemakh said he volunteered to join the militia force in his home city, Snezhnoye, after Ukraine started using warplanes against rebel-held towns and villages, and he became the city’s air defense chief. There was not much besides the title, since the rebels did not have a lot of real anti-aircraft weaponry, he claimed.

His people had to make mock MANPADs from some tubes and scrap metal and walk around with them to convince Kiev’s intelligence that they were armed and dangerous.

Two days later the Malaysia-bound airliner was downed over eastern Ukraine. According to Kiev, the Buk missile that hit it came from near Snezhnoye. In his capacity, so the allegation says, Tsemakh would presumably know something about it, but he says he learned about the tragedy the same way as everybody else.

Tsemakh retired from the rebel forces in 2017 after a back injury. Still the Ukrainian side thought he was a target worthy of a risky rendition operation, which reportedly was two years in the making. On June 27, two agents entered his apartment and drugged him before secretly moving him to the Kiev-controlled part of the country.

The crossing of the frontline was a daring experience for both the kidnappers and their mark. Tsemakh was transported in a wheelchair – since he was heavily sedated – at that point he was not even able to get into the chair on his own, the man said, adding that his memory about the kidnapping is still quite blurry.

Ukrainian troops deployed in the area were supposed to provide cover for the group by firing five mortar shells, but the plan went astray. Two of the operatives apparently stepped on Ukrainian landmines, Tsemakh said, adding that the covering fire nearly killed the whole group.

“They started pushing the wheelchair, and then a sixth shell was fired. I said: ‘hey, if you want me dead, why don’t you just go on with it and bury me here, why drag this on?’ That sixth shell almost hit us, I was even covered with dirt,” he said.

Shortly after the kidnapping, Tsemakh’s military ID was published by the Bellingcat ‘investigative journalist’ group. Tsemakh alleged that it might have been supplied by the Ukrainian secret services. In a comment to RT, Bellingcat’s Elliot Higgins rejected the allegations, saying the picture was taken from Russian social network VKontakte, where it was published on July 2. The person who released the picture is apparently a former anti-Kiev fighter as well.

‘Ukraine tried to scapegoat me’

Once in Kiev, Tsemakh was questioned by Ukrainian officials as well as Dutch and Australian investigators from the Joint Investigation Team (JIT), the body tasked with probing the MH17 downing.

Tsemakh claimed that while in custody he was repeatedly threatened by Ukrainian prosecutors with prospects of serving a life sentence. The man experienced physical abuse at the hands of his captors as well – at least once, Ukrainian operatives beat him on the kidneys “a little.” The former anti-Kiev fighter has not ruled out going to the international courts over such treatment.

International investigators, for their part, tried to take a different, ‘good cop’ approach.

They offered me to go into witness protection. They offered citizenship and a home in the Netherlands. I wondered why there and not in Australia, but I didn’t try to bargain.

Tsemakh was ultimately charged by Kiev for being part of a terrorist organization, but says he was simply defending his home town from a military onslaught. “I don’t consider myself terrorist… And those guys, they are in no position to judge me. That’s my gut feeling,” he said.

What the Ukrainian state did to me was an act of terrorism – they tried to scapegoat me.

Despite having not the most pleasant experience with his homeland, Tsemakh still considers returning to Ukraine, though the risk of being captured again looks quite real to him.

“They have people in the Prosecutor General’s office like [the one who questioned Tsemakh]. He was almost salivating over the idea of jailing me for life,” he said. “But Ukraine is my homeland after all. It pains me to see what is happening with her.”