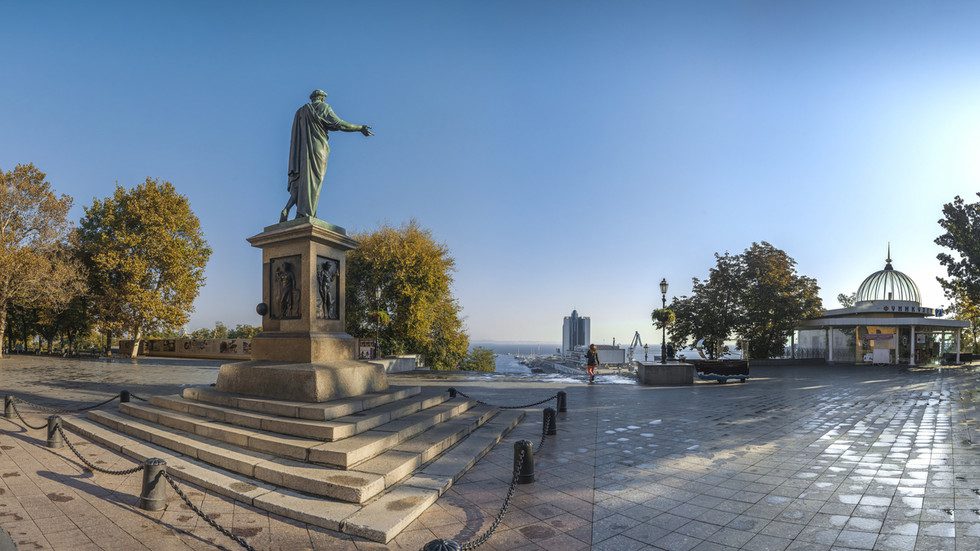 Gennady Trukhanov, the mayor of Odessa, Ukraine’s third most populous city, has revealed that he is concerned by rising levels of anti-Russian sentiment.

In an interview with the New York Times, published on Saturday, Trukhanov said that he was against renaming the city’s central Pushkin Street, named after the famous 19th century Russian poet Alexander Pushkin.

“I would not support that. [Odessa] is the intercultural capital of Ukraine. I am worried by the growth of hatred of all things Russian,” the mayor claimed.

His remarks were published the day before Ukraine’s parliament outlawed Russian music from media and public spaces and a day after the City Council Executive Committee of Nikolaev, a city in southern Ukraine, decided to ban the use of Russian language in schools.

However, the Kiev conservatory, officially called the Pyotr Tchaikovsky National Music Academy of Ukraine (UNTAM), refused earlier this week to remove the name of the iconic Russian composer from its title.

While expressing concern over Russophobia, Trukhanov, who, as The New York Times noted, had been previously viewed “as having pro-Russian sympathies,” was open in his condemnation of the Russian attack in his country.

“It is important to show that [Odessa] is alive, that Ukraine is alive, that we want to live and create, while the way of the Russian occupiers is killing and death,” he said.

He did not rule out that Russian forces could strike central Odessa, as, in his opinion, “anyone capable of Bucha, of Mariupol, of what is happening down the road in [Nikolaev], is capable of anything.” He was apparently referring to the allegations of war crimes raised by Ukrainian politicians and Western media, which Moscow has categorically denied.

The removal of references to Russia from street names and other entities has been a trend in Ukraine since the 2014 Maidan coup but intensified after the launch of Moscow’s military operation. Earlier this week, a decision was made to rename several stations of the Kiev subway. For example, Leo Tolstoy Square has been renamed in honor of Vasily Stus, a local poet. There is also a proposal to change all Pushkin Streets across Ukraine to bear the name of the American writer Stephen King, who has condemned the Russian offensive.

Russia attacked the neighboring state in late February, following Ukraine’s failure to implement the terms of the Minsk agreements, first signed in 2014, and Moscow’s eventual recognition of the Donbass republics of Donetsk and Lugansk. The German- and French-brokered protocols were designed to give the breakaway regions special status within the Ukrainian state.