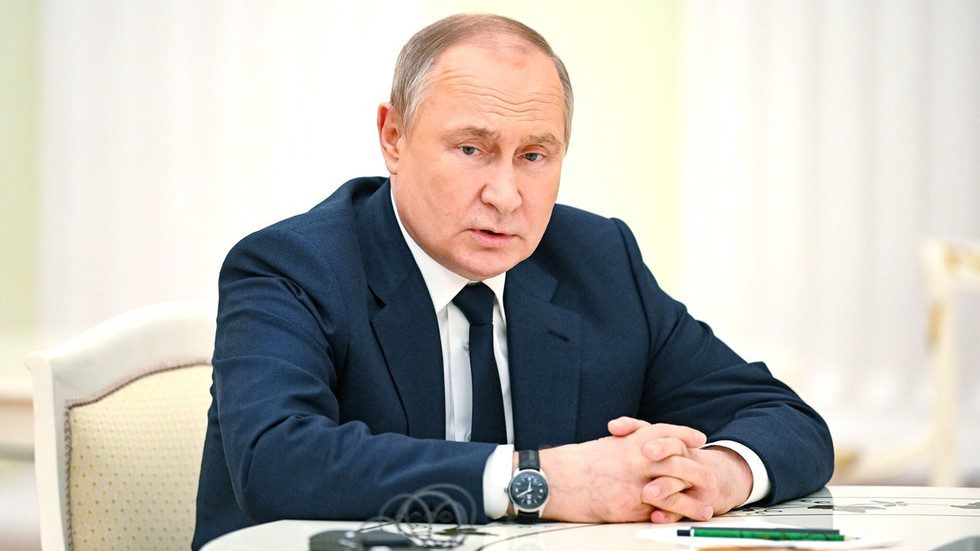 Kiev has no consideration for its losses and executes those who don’t fall in line, the Russian leader claimed

Russian President Vladimir Putin says Russia is not fighting against the people of Ukraine, but against those who would use them as cannon fodder in the ongoing military conflict between Moscow and Kiev.

Speaking to the mothers of Russian servicemen on Friday, the president said that those who supply Ukraine with weapons and fund the Kiev government have no consideration for Ukraine’s losses. Meanwhile, those who do not fall in line with orders are executed on the spot right in front of their comrades, Putin added.

“Our boys have seen this firsthand. The bodies of the executed are just left to lie there. Just recently there was another case – five people were shot right in front of the lineup, those who refused to go or left their positions,” the president said. He appeared to be referring to an incident reported by Russia’s Defense Ministry last week, in which Kiev allegedly sent nationalist militants into the village of Belogorovka to “put things in order” and intimidate Ukrainian servicemen, a number of whom had refused to follow orders and were shot.

“There is a completely different moral atmosphere [in Kiev’s forces],” Putin noted, adding that this once again confirmed that “we are dealing with a neo-Nazi regime, without any exaggerations.”

The president said that in light of such a situation, Moscow is further reassured it is doing the right thing by protecting the people who live in the territories that have recently joined the Russian Federation.

Last month, Russia incorporated the Donetsk and Lugansk People’s Republics, as well as the former Ukrainian regions of Kherson and Zaporozhye, after these territories held referendums on seceding from Ukraine and joining Russia.