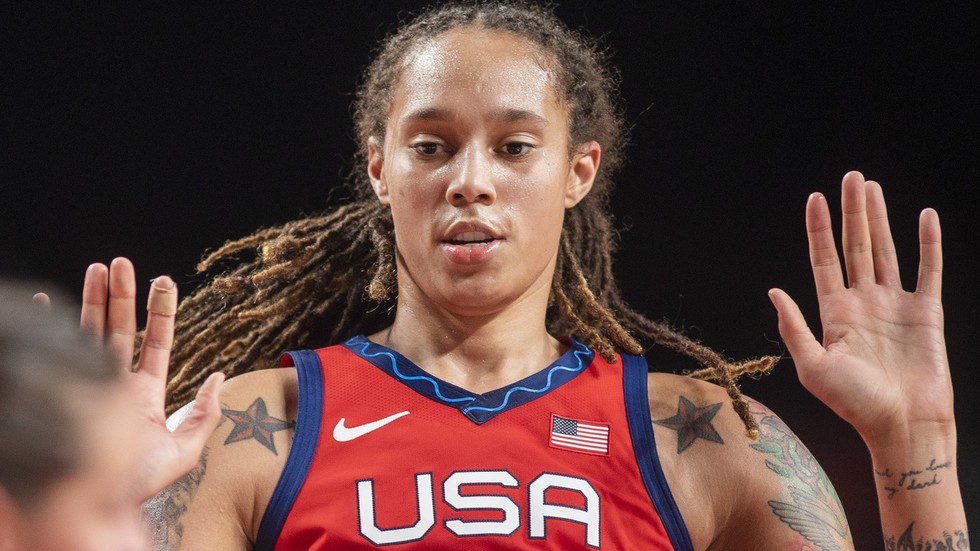 The US State Department apologized for the ‘mistake’

US officials have said a call between women’s basketball star Brittney Griner and her wife has been rescheduled, after a blunder at the US Embassy in Moscow meant the pair could not speak at the weekend. Griner is currently detained in Russia on drugs charges, while her wife is back in the US.

“It was a mistake. It is a mistake that we have worked to rectify,” US State Department spokesman Ned Price told reporters on Tuesday, the Associated Press reported. “The call has been rescheduled and will take place in relatively short order.”

The original call between Griner and her partner, Cherelle Griner, had been scheduled for Saturday but never happened. Cherelle Griner said she initially suspected Russian officials had been to blame, only to learn that the incident was down to US incompetence.

Brittney Griner had attempted to call her spouse 11 times over a period of several hours on what was their fourth anniversary, but it emerged that the number she had been provided by officials was for a line which was unstaffed at weekends.

To be connected, the call should gone through the Marine Guard station at the US Embassy in Moscow, but it was apparently re-routed through a remote location. State Department official Price claimed that the error had been compounded by staffing constraints at the embassy due to Russian restrictions.

However, speaking earlier this week, Cherelle Griner was scathing in her criticism of US officials after she was denied the chance to speak to her partner for the first time since the basketball star was arrested.

“I find it unacceptable and I have zero trust in our government right now,” said Cherelle Griner to the AP.

White House press secretary Karine Jean-Pierre said the botched call was an “unfortunate mistake,” and claimed that “any American who is held abroad is a priority for this president.”

According to Jean-Pierre, Cherelle Griner has spoken to US Secretary of State Antony Blinken, although there was no clarity on whether she would meet President Biden to discuss her wife’s fate. There was also no exact date provided for when the rescheduled call would take place.

Last month, the US State Department changed its designation of Brittney Griner to “wrongfully detained,” meaning her case was placed under the supervision of the Special Presidential Envoy for Hostage Affairs.

Griner was detained on February 17 at Sheremetyevo Airport just outside Moscow after a sniffer dog alerted staff to her luggage, with a subsequent search finding banned hashish vape oil cartridges.

Griner’s detention was extended by a district court judge last week, meaning she will remain in custody until at least July 2. If found guilty, she could face up to 10 years in prison on drug smuggling charges.

The basketball star – who is a two-time Olympic champion and seven-time WNBA All-Star – had been traveling to Russia to play for UMMC Ekaterinburg during the WNBA offseason, something she had done since 2014. Griner’s American team is the Phoenix Mercury.

Some figures in the US have attempted to portray Griner as a “political hostage,” although that notion was dismissed by Kremlin spokesman Dmitry Peskov in an interview with American media this week.

Peskov said Griner, 31, was accused of breaking Russian law and must face the necessary legal process, just like anyone else.