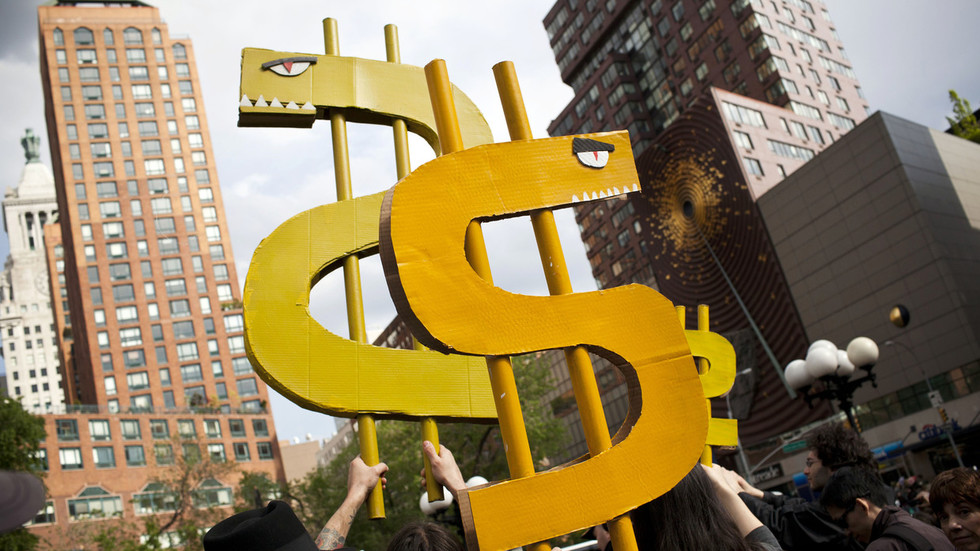 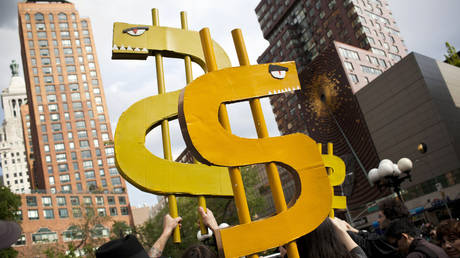 President Trump has applauded the latest jobs report and its positive effect on stock markets as critics unleashed on him for his failed promise to tame the US government spending spree that pushed the national debt over $23tn.

Prompting the president’s boast, Friday’s employment figures showed the US economy surpassed expectations and gained some 128,000 jobs in October, triggering a significant boost on several market indices. The DOW climbed 1.11 percent, while both the NASDAQ and S&P saw record gains, rising by 1.13 and 0.97 percent, respectively.

US Debt up BIG to $23 Trillion Dollars, the highest in history under #DonaldTrump. Enjoy! pic.twitter.com/Vqnl6s6tu8

Despite the seemingly good news, however, Trump’s victory lap was cut short by a wave of frustration over an unfulfilled campaign vow to slash America’s world-historic public debt, which, perhaps appropriately, surpassed the $23 trillion threshold just in time for Halloween.

The debt service alone this year is going to be around $400B, almost the GDP of Norway. Crazy. What happens when interest rates start to climb?

America’s skyrocketing debt has reached such a height that, this year, the government will blow a shocking $1 billion every single day on interest alone, according to the Peter G. Peterson Foundation, a debt monitor.

Statement from @pgpfoundation, on US national debt surpassing $23 trillion:

“This year, we’ll spend more than $1 billion per day on interest.” pic.twitter.com/uHCuX6eqlA

President Trump, of course, is not alone in failing to restrain the debt, which also soared under his recent predecessors. The Barack Obama administration added around $9 trillion to the figure, while George Bush Jr. increased it by just shy of $6 trillion. Depending how one divides the numbers, President Trump has so far contributed between $3 and $4 trillion to the count.

You think that Trump who has us in a 23 trillion dollar debt is a better spender than Obama… Bless your heart pic.twitter.com/OsZyxZnhVu

As a crowded Democratic 2020 campaign field thins out, it appears unlikely any of Trump’s challengers will do better in slashing the debt, as the candidates race to out-”woke” one another with the most costly proposals, ranging from healthcare to the environment.

But please tell us more about how you care about US spending. pic.twitter.com/479qPPiDY1

Even still, many found cause to criticize the current president, contrasting Trump’s bold promise to reduce the debt with its current extraordinary level.

Remember when Donald Trump told us that he would balance the budget and eliminate the national debt during his presidency? US debt now exceeds $23 trillion for the first time ever… pic.twitter.com/vh6MrjaGPa

Perhaps sensing the absurdity of it all, one user threw caution to the wind and celebrated the staggering debt as an achievement, giving a whole new meaning to Trump’s “America First” agenda, under which the US remains the world’s number one debtor.