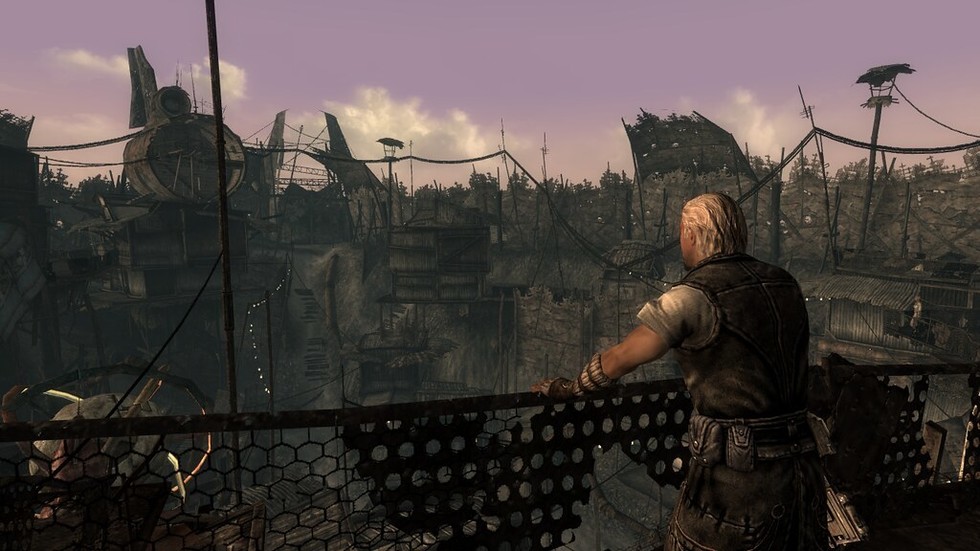 The United Nations’ Russian-language Twitter feed chose a peculiar image to illustrate the horrors of chemical warfare: a screenshot from the post-apocalyptic video game Fallout 3.

“The use of toxins in Vietnam, burning oilfields during [the 1991 Gulf War] in Kuwait. Kosovo, Iraq, Sierra Leone, Lebanon, Liberia, Ukraine – all these countries sustain significant environmental damage during hostilities,” the UN account tweeted on Wednesday, referencing a list of countries scarred by chemical weapons, many of them at the hands of the United States.

However, the graphic image of levelled buildings beneath a radiation-choked sky that accompanied the tweet wasn’t taken in an actual warzone. Instead, it came from Fallout 3, a video-game set in the irradiated, post-apocalyptic wasteland of a nuked Washington DC.

Though not visible in the screenshot, the world of Fallout 3 is inhabited by rabid super-mutants and roving packs of bandits, all depicted with a 1950s-style retro-futuristic twist.

If the 2008 graphics (which is in itself a bit retro) managed to fool the UN’s social media team, at least the copyright text at the bottom corner should have been a giveaway.

Few commenters reacted to the tweet’s actual message – most, instead, joked at the visual slip-up, referencing the game’s tagline: “War…war never changes.” The tweet was soon deleted.

To be fair, the UN is not the only organization to be caught out in the same way. CNN was slated in 2017 for using screengrabs from Fallout 4’s ‘hacking’ minigame as eye-candy in a story on “Russian Hacking,” prompting laughter and cries of “fake news.”