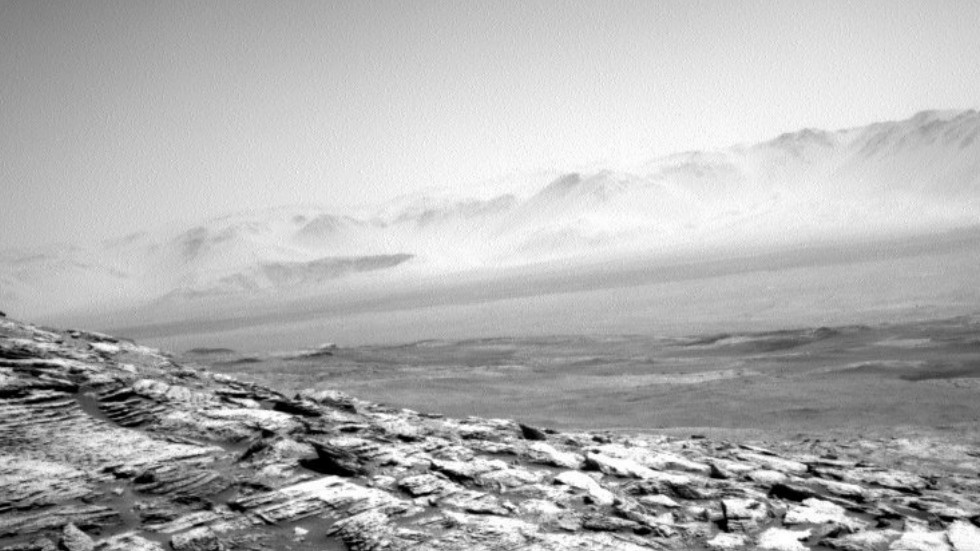 NASA’s Curiosity rover is the sole surviving mobile visitor to Mars, and the probe has beamed back a cache of images that capture just how isolated, eerie and melancholy the vista is on the Red Planet’s surface.

While NASA’s stationary InSight lander continues to take seismic data from the interior of Mars, Curiosity is left to roam barren and wind-swept wastes of the Central Butte in the Gale Crater after Opportunity was shut down in the wake of a massive dust storm.

Recently, the rover has been investigating the heavily-eroded rock formations at the base of Mount Sharp which rises 5.5 km (18,000 ft) from the center of the Gale Crater which stretches 96 miles (154 kilometers) across. The crater is believed to have been formed by meteor strike several billion years ago.

Curiosity is currently hunting for signs of water in the Red Planet’s geological past in this crater before cresting and then photographing the other side.

Using the rover’s ‘Right Navigation Camera B’ on November 1, or Sol 2,573, the rover captured several close-ups before zooming out to show the harsh reality of life on the surface of our potential future offworld colony.

“After all of these observations, Curiosity will start driving around the butte to look at it from the other side,” planetary geologist Kristen Bennett of the United States Geological Survey said on NASA’s Mars Exploration website.

“We expect to continue having amazing views of Central Butte at our next stop!”