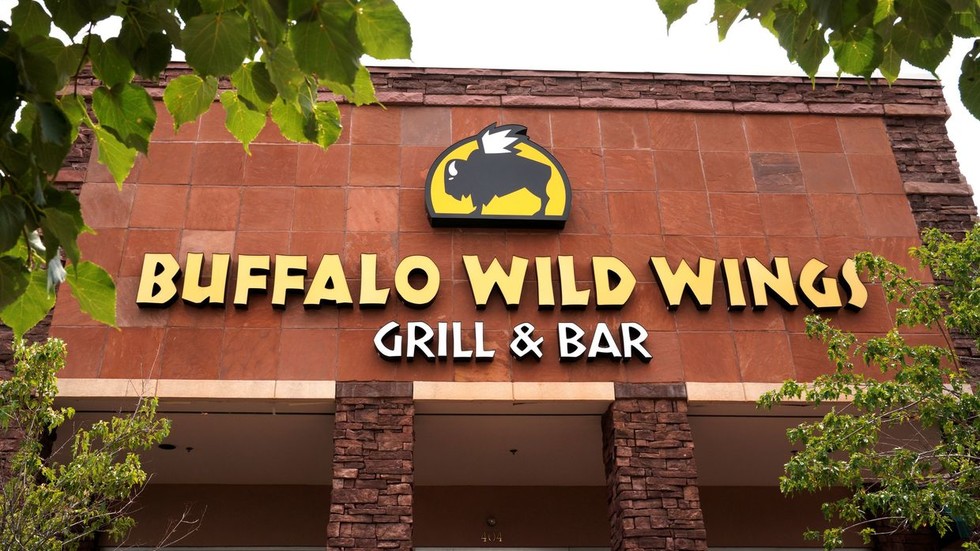 Two managers at a Buffalo Wild Wings restaurant in a Chicago suburb were fired after asking a group of multiracial customers to change tables, in order to appease two “racist” customers who regularly visit.

Buffalo Wild Wings in Naperville, Illinois fired a service manager and shift manager that were working at the time of the incident, following a complaint made by Mary Vahl on Facebook.

According to the post, Vahl’s husband was asked “What race are you guys?” when they showed up with a party of 18 last week. The host then explained that their group was seated at a table near two “regular customers” who were known racists. The Vahls’ party consisted mostly of African-Americans.

“These seats are reserved and we will have to move your group,” one employee told the Vahls, who refused to relocate. They ultimately decided to leave and instead go to a nearby Hooters.

“It was not OK that a person of management was willing to move six adults and 12 children versus two grown adults who are uncomfortable sitting by black folks,” Vahl wrote on Facebook.

Buffalo Wild Wings was “in direct communication with the guest to understand their account of what happened and to offer our deepest apologies for any unacceptable behavior,” the company told WBBM-TV Chicago.

“We take this incident very seriously and after conducting a thorough, internal investigation have terminated the employees involved,” a spokesperson added.

There have been numerous reports of racist incidents at US restaurants this year. In a case that caught national attention most recently, a black-owned restaurant in Hattiesburg, Mississippi was vandalized with a racist graffiti in early October. “Get out” and “You not welcome here” were spray-painted on the walls.

In September, a Baltimore-area restaurant was blasted with allegations of racism over the proposed dress code that was made public before the grand opening, which critics said unfairly targeted African-Americans.