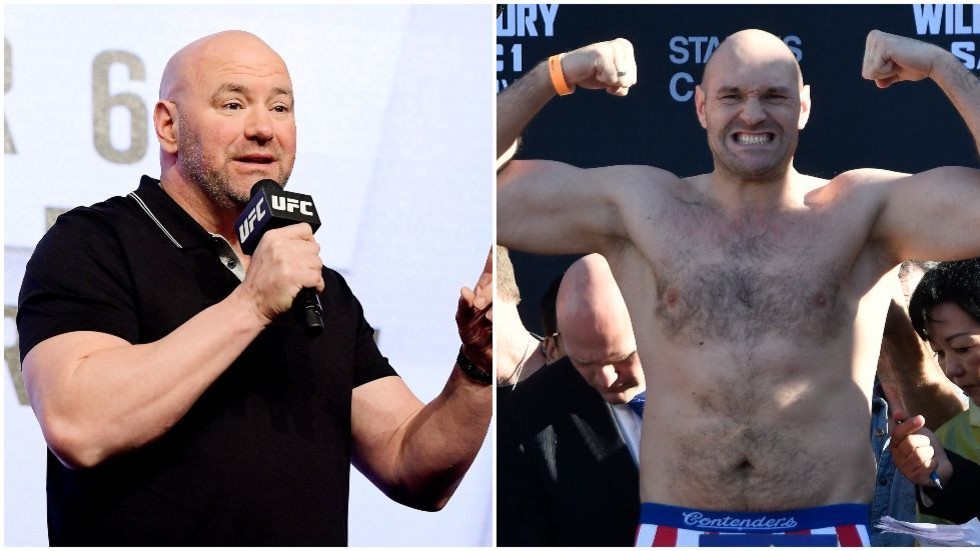 Lineal heavyweight boxing champion Tyson Fury raised many an eyebrow last week when he said that he would soon be entering training for a potential transition to mixed martial arts, but it is an idea UFC boss Dana White detests.

Just days after his horizon-expanding WWE debut in which he bested pro-wrestler Braun Strowman in Saudi Arabia, Fury has apparently explored the option of crossing over to MMA and even said that he has spoken to UFC star Conor McGregor to help him train.

There is little doubt that any Fury fight in the UFC would be big business for all involved, but even with the considerable lucre which would come from such a contest, Dana White says that he can’t understand why Fury would even entertain the move.

“Listen, anything’s possible,” White said to TMZ Sports. “If Tyson Fury wants to fight in MMA, I’ve got a ton of guys that would love to fight him. I just don’t know why.”

White is no stranger to combat sports cross pollination. In 2010 he agreed to multiple time world boxing champion James ‘Lights Out’ Toney’s repeated pleas for a bout in the UFC, while White was instrumental in arranging the hugely-lucrative 2017 boxing match between Conor McGregor and Floyd Mayweather.

Perhaps it is because both Toney and McGregor lost their transitional fights, but White says that Fury would be best served by just continuing on the path he is currently on.

“Promoted the right way. [Fury] could be a part of 3 or 4 of the biggest fights in heavyweight [boxing] history. Why come over and get smashed when you could stay there?“

Any career change for ‘The Gypsy King’ would be a while away yet as he is expected to rematch fellow undefeated heavyweight Deontay Wilder in February of next year – provided the American gets past a rematch against Luis Ortiz laster this month.