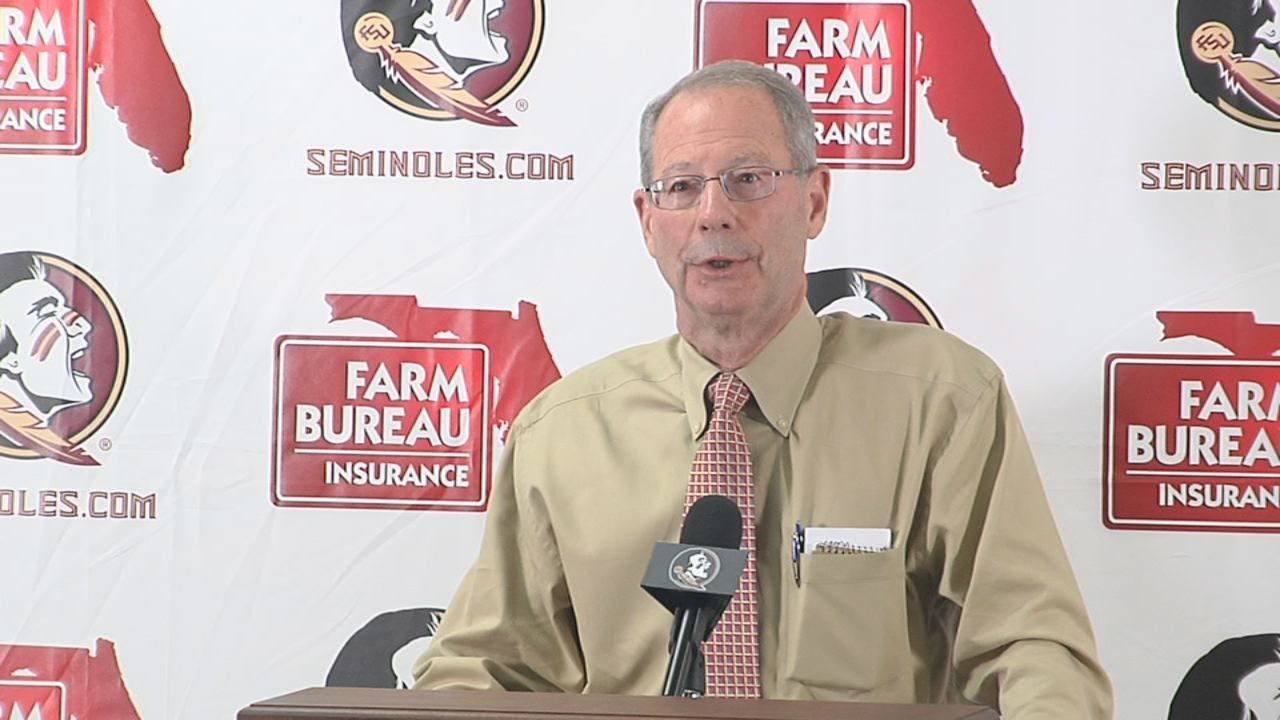 Florida State fired second-year football coach Willie Taggart on Sunday, less than 24 hours after the Seminoles lost to rival Miami and with the team in danger of missing a bowl game for the second consecutive season.

From one end of the state’s capital city to the other, Florida State’s losing record under Taggart was a financial disaster. Seats were empty, hotel rooms unoccupied and boosters were threatening to withhold their support.

Taggart was 9-12 at Florida State, which won the national title in 2013 and has been in a free fall for the last three seasons. The Seminoles have not been ranked this season, are 0-5 against rivals Miami, Florida and Clemson under Taggart and attendance for games at Doak Campbell Stadium has plummeted.

“We had no choice but to make a change,” Florida State University President John Thrasher said.

The school said longtime Florida State assistant Odell Haggins has been asked to take over as interim coach for the remainder of the season. Haggins was 2-0 as the interim in 2017, after Jimbo Fisher left Florida State for Texas A&M in December.

“We still have a lot of faith,” Florida State linebacker Emmett Rice said Saturday. “We have a lot to play for. It’s not over just because we lost to Miami.”

For Taggart, it is over. He will receive a large payday as Florida State owes him a $17 million buyout as part of the letter of agreement he signed in Dec. 2017.

“Obviously, I am disappointed in the decision today as I believe our future is bright and Florida State,” Taggart said in a statement posted on Twitter. “Building a program and a culture takes time and I regret that we will not have the opportunity to continue to coach these incredible young men.”

Taggart’s base salary paid by taxpayers was $215,000 a year. University boosters will pick up the majority of the buyout, and any money the fired coach makes at another school could offset how much Florida State must pay him. Florida State athletic director David Coburn said the university did the math.

“Season ticket sales, renewals, new tickets moving forward — obviously those are tied to booster contributions to the annual fund. You’re looking at the implications for concessions, parking, all of that. When you look at that vis-a-vis the cost of a buyout, the cost of a new coaching staff,” Coburn said.

Florida State (4-5) plays at Boston College (5-4) on Saturday, and needs to win two of its final three to become bowl eligible. The Seminoles finish the regular season against FCS foe Alabama State and then play at No. 10 Florida.

Florida State’s 5-7 record last season was the program’s first losing campaign since 1976 and it snapped a streak of 36 consecutive seasons in which the Seminoles played in a bowl game.

“I spoke to Coach Taggart this afternoon to let him know of our decision,” Coburn said Sunday. “I met with the team and coaches immediately after that conversation to let them know of the change. It was very important to us that the student-athletes know right away.”

“It was a pretty emotional conversation for both of us,” Coburn said.

Only 63,995 fans were at Doak Campbell Stadium on Saturday for the Miami-Florida State game, the smallest attendance for any Hurricanes-Seminoles matchup in Tallahassee since 1991. That was the largest crowd to attend a Florida State game this season, with fans clearly showing their unhappiness with the on-field product.

“He had to go,” said FSU student Jared Bansky.

Taggart’s future has been the subject of speculation for weeks as the team was unable to sustain success. The `Noles followed a two-game winning streak in late September with consecutive losses to Clemson and Wake Forest. A victory against Syracuse provided some hope but then Florida State was routed 27-10 by a Miami team that has had its own struggles.

“I think very highly of Coach Taggart and wish him well,” Thrasher said.

Taggart, a 43-year-old Florida native who grew up rooting for the Seminoles, thanked the players, coaches and staff and Florida State in his tweet.

“On behalf of my family and I, we wish Florida State nothing but the best and will be cheering on the Seminoles the rest of the way,” he wrote.

So will businesses in town, which are now hoping the financial hemorrhaging is over.

The team Taggart inherited from Fisher had talent deficiencies, especially along the offensive line, and academic issues, but it also showed little improvement on the field over the course of 21 games. Florida State ranks 126th in the nation in penalties per game at 8.9 and has played sloppily and undisciplined throughout Taggart’s tenure.

“We will support our student-athletes in every way and do all we can to return to the winning tradition that is Seminole football,” Thrasher said.

Haggins has been a Florida State assistant coach since 1994, coaching alongside Bobby Bowden, Fisher and Taggart. The 52-year-old Haggins spoke in August of “the standard at Florida State, it’s the standard. There’s one way to do it. Do it the right way, do it full speed and be dominant.”