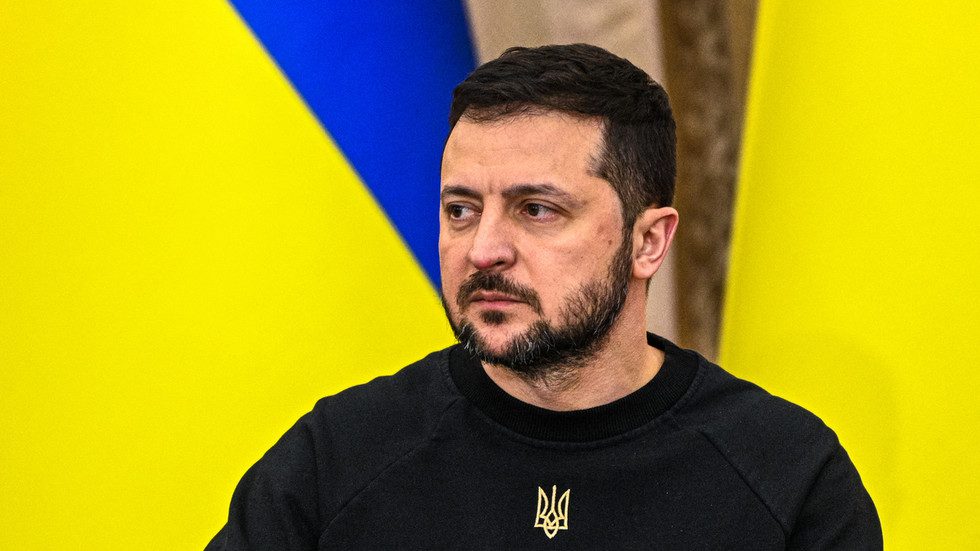 Ukrainian President Vladimir Zelensky has dismissed his Russian counterpart, Vladimir Putin, as a “nobody” who is not worth talking with. The Ukrainian leader had previously claimed that Putin may not be alive at all.

The head of government in Kiev made the remarks in an interview with Sky News, recorded on Wednesday. Journalist Kay Burley asked Zelensky what would happen if he was “in a room alone with President Putin” and whether it would help resolve the conflict with Russia.

He claimed that Putin was not trustworthy, adding: “I really don’t understand who makes decisions in Russia.”

“Is it too late now?” Burley asked.

“Too late? Not interesting,” Zelensky replied. “Who is he now? After full-scale invasion, for me he is nobody! Nobody!”

When asked about the remarks on Thursday, Kremlin spokesman Dmitry Peskov said they didn’t warrant a response. Zekensky was elected on a platform of peace, but failed to deliver, the Russian official said.

“He didn’t implement the Minsk Agreements. Moreover, it turned out he had no intention to implement them. He was preparing for war,” Peskov assessed, referring to the 2014-2015 peace roadmap for Donbass.

In the same interview, Zelensky acknowledged Russian military advances, which he attributed to a purported indifference to losses by Moscow, and thanked the US and its allies for pledging to supply main battle tanks to Kiev.

The Ukrainian president has previously claimed that he rejected direct contacts with Putin because he was “not certain that the president of Russia, who makes occasional appearances on TV … is actually [Putin].”

“I absolutely do not know whether he is alive, whether he takes decisions or someone else does,” Zelensky stated last week, during an event on the sidelines of the World Economic Forum in Davos, which he attended virtually.

Russian Foreign Minister Sergey Lavrov said this month that seeking talks with Zelensky made no sense because the Ukrainian president was not the person determining his nation’s foreign policy.