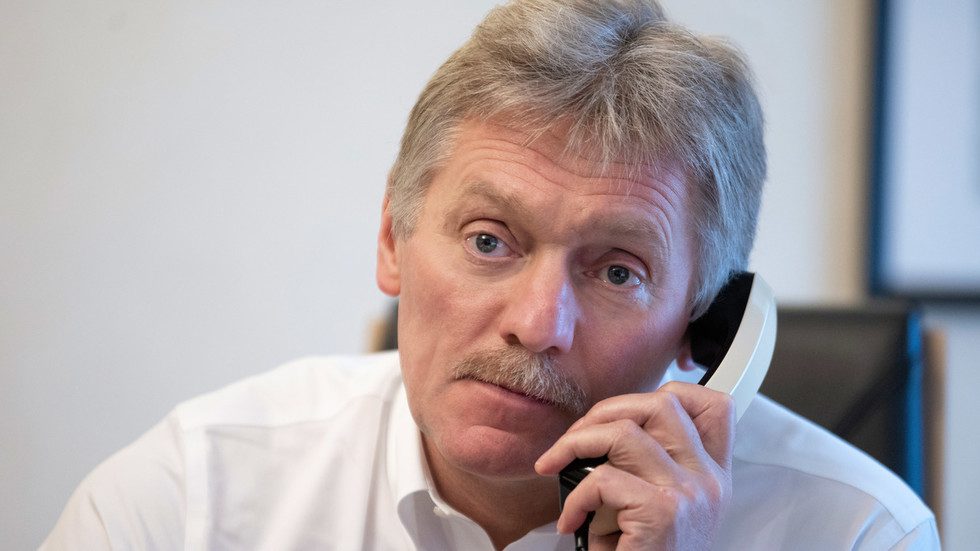 Recent comments by Ukrainian President Vladimir Zelensky on “returning” the Russian region of Crimea mean that Kiev has no desire to seek a peaceful settlement to the ongoing conflict, Kremlin spokesman Dmitry Peskov has said. Talking to reporters on Friday, Peskov warned against the “wrong interpretation” of Zelensky’s words.

On Thursday, speaking to the Financial Times, Zelensky claimed that “if someone is ready to offer us a way regarding the de-occupation of Crimea by non-military means, I will only be in favor.” He added, however, that if any potential peace deal with Russia does not involve “de-occupation” of the peninsula, it would not even be worth talking about.

Peskov described Zelensky’s statement as “nothing more than a discussion on the dispossession territory of the Russian Federation.” “There is no other way to interpret it, this is out of the question,” he declared.

According to the spokesman, such statements by Kiev once again show that “the Ukrainian side is unprepared, unwilling and unable to be ready to resolve the problem by non-military means.”

Peskov went on to rebuke how some in the media covered Zelensky’s remarks. Without calling names, he said that a number of outlets “conveyed the essence of the statement absolutely incorrectly,” portraying it “almost as if President Zelensky were ready to deal with this issue not using military means, but via peace negotiations.”

“This is an absolutely wrong interpretation,” the Kremlin spokesman noted, noting that Ukraine’s constitution stipulated that the Crimean peninsula “must be returned to Ukraine by force. And de facto Ukraine has not given up on this.”

In late September, Russian President Vladimir Putin said that Moscow would defend its new territories “with full force and all means at our disposal.”

Peskov’s comments come after last week Vladimir Gavrilov, Ukraine’s deputy defense minister, claimed that Kiev could capture Crimea as early as the end of this year, although he associated the possibility with the occurrence of a ‘black swan,’ meaning an improbable and unexpected event.