NFL: Bucs Will Play Carolina Panthers in London in 2019

This luxury ice cream is made from insects 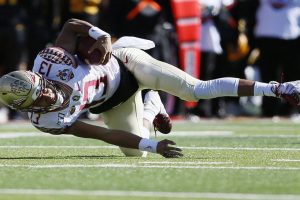 'Book my rematch for Moscow': McGregor reacts to K...

World Tough times in China? Not for Toyota

USA Today ‘That could have been me’: 13-year-old on Guatemalan teen refugee who died in US custody

John Morgan: Recreational marijuana should be legal, let's do this

Orlando attorney and advocate John Morgan announced Tuesday that he's going to pursue legalizing recreational marijuana in Florida, more than two years after successfully backing an initaitve to legalize medical cannabis in the Sunshine State. "I have decided that I am too old to care," Morgan said in a tweet. "I believe that #marijuana should be legal!!" More than 70% of Florida voters approved a state constitutional amendment in November 2016 to legalize medical marijuana, broadening access to pot beyond the limited therapeutic uses appr

Foles could return to practice next week; rookie Oliver to make debut

‘The Negro Artist’ tells his identity story through poetry

Andy Ruiz Jr vs Anthony Joshua 2 in pictures: 16 great shots from the 'Clash on the Dunes' as Joshua reclaims his titles (PHOTOS)

Why US military aid is so crucial to Ukraine

EU’s ‘patience’ with ‘British friends’ over Brexit is runnin...